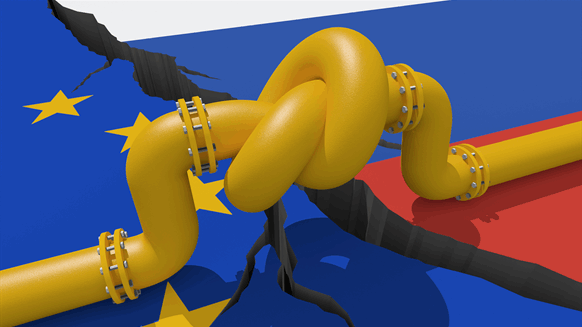 Officials are analyzing evidence collected at the site.

Detonations caused the recent ruptures of Russia’s Nord Stream gas pipelines, with the evidence pointing to a deliberate act, according to Swedish investigators.

The completed preliminary investigation has “strengthened the suspicions of serious sabotage,” the Swedish Security Service said in a statement on Thursday. Swedish investigators didn’t give any indication of how the detonations occurred or who might be responsible.

Officials are analyzing evidence collected at the site, which is located just outside the country’s territorial waters, to see “whether someone can be served with suspicion and later prosecuted,” Swedish Public Prosecutor Mats Ljungqvist said.

Two leaks in the pipelines, which cross the Baltic Sea to Germany, were disclosed in Sweden’s exclusive economic area last week. Two other leaks are located in Denmark’s zone, prompting investigations and increased security across the region’s key energy infrastructure.

Denmark’s police is conducting an investigation in its own exclusive economic zone. It declined to comment on the Swedish findings or provide an update on the status of its own probe.

President Joe Biden on Sept. 30 said that the massive leak was a “deliberate act of sabotage” and that Russian statements about the incident shouldn’t be trusted. Germany also has implied that the country is to blame. The events have sparked fears Russia could stage surreptitious attacks on vital energy links to trigger price increases as winter approaches.

The Kremlin has denied it was responsible for the Nord Stream damage, and President Vladimir Putin on Friday blamed “Anglo-Saxons” for the damage.

The gas leaks in the Swedish zone appear to be decreasing in strength, the country’s coast guard said on Wednesday, while bubbling near Denmark had ceased during the weekend.

Danish, Swedish and German authorities are planning to set up a joint investigation team.

Neighboring Norway, a vital energy supplier to the European Union and the UK, has boosted preparedness after the Nord Stream damage. The country’s officials have repeated there’s no indication of direct threats against the Nordic country or its oil and gas industry.

Prime Minister Jonas Gahr Store said last week that Norway had accepted offers of assistance from Germany, France and the UK. He also cited “abnormally high” drone activity near the oil and gas installations on the Norwegian continental shelf.

--With assistance from Christian Wienberg.