No One Expected Shale Cuts to Happen So Fast 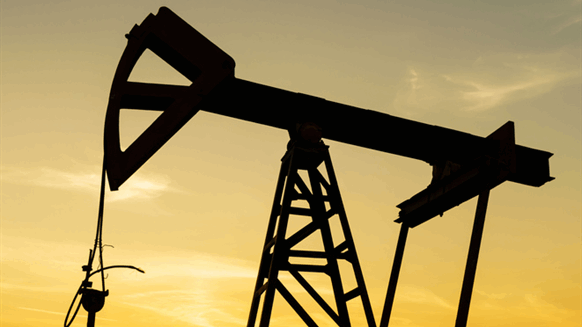 Drillers are laying down rigs and shutting in wells at a frantic pace in response to the plunge in oil prices caused by the coronavirus pandemic.

(Bloomberg) -- In brokering the end to the global oil-price war last month, the Trump administration assured leaders that America’s shale patch would throttle back production.

But few expected that the cuts would run this deep -- and happen so quickly.

Drillers are laying down rigs and shutting in wells at a frantic pace in response to the plunge in oil prices caused by the coronavirus pandemic. A week after West Texas Intermediate crude settled below zero for the first time ever, analysts at JPMorgan projected that the U.S. would cut output by 1.5 million barrels a day by June. Two weeks into May, production is already down by at least that much and continues to decline.

As a result, oil storage tanks that were in danger of brimming over got a break last week when inventories shrank for the first time since January. The market has noticed: WTI for June delivery rallied to near $30 a barrel on Friday, up from $10.01 when it became the prompt contract on April 21.

“We were already in the midst of a transition away from high growth into slower growth,” Raoul LeBlanc, a Houston-based oil expert at IHS Markit said by phone. “We just got cut off at the knees.”

The declines include 758,000 barrels a day of announced reductions in the U.S. by some of the country’s biggest producers including ConocoPhillips, Continental Resources Inc. and Chevron Corp., according to data compiled by BloombergNEF.

More than 500,000 barrels a day of production in the Bakken region of North Dakota and Montana has been shut in. Daily output from Alaska’s North Slope is down by about 100,000 barrels from early March.

In April, U.S. Energy Secretary Dan Brouillette told world leaders that the U.S. will cut production by about 2 million barrels a day this year.

Rystad Energy said that U.S. said that U.S. production shut-ins will reach at least 2 million barrels a day in June, including natural gas liquids, with Permian-focused producers in West Texas and New Mexico driving 42% of the curtailments expected.

Some producers expect that currently projected June cuts may eventually increase depending on the prevailing oil price, but curtailed oil volumes should mostly return to pre-cut levels in the third quarter of 2020, Rystad said in a research note.

Plains All American Pipeline LP said in its first quarter earnings call that shut-ins in the U.S. and Canada combined are somewhere between 3.5 million and 4.5 million barrels per day.

“We assumed June, July time period for trough and then some activity resumption in the August time period,” Plains executive vice president Jeremy Goebel said in the May 5th call.

Things in the shale patch began to change quickly this spring when Saudi Arabia and Russia launched a price war to gain control of the market just as the global coronavirus pandemic began to smash demand, forcing oil prices into a downward spiral.

Pioneer Natural Resources Co., an independent producer which has operated in the Permian Basin for decades, asked the state of Texas to impose mandatory production cuts to save the industry from what it claimed would be irreparable damage over the coming months.

ANDRE GURSES  |  May 22, 2020
No One Expected Shale Cuts?? Are you kidding?? I am sure there are many MILLIONS of my FELLOW US Citizens who thought that it WAS a BAD IDEA many years ago. Buy from Saudi+Nigeria, leave our H2O clean