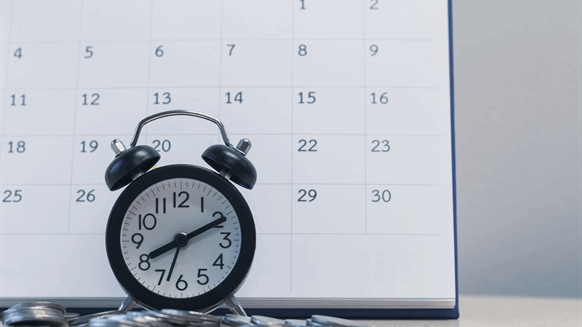 The OPEC+ deal to curb oil production probably will be extended, "hopefully for another six months" beyond the end of June, Nigerian oil minister Emmanuel Kachikwu said.

(Bloomberg) -- The OPEC+ deal to curb oil production probably will be extended, “hopefully for another six months” beyond the end of June, Nigerian oil minister Emmanuel Kachikwu said.

The agreement has stabilized the oil market and easing the curbs could bring back excess supply, he told reporters at a conference in Malabo, Equatorial Guinea. However, Nigeria, which has pumped more crude than it pledged to under the deal, will find it challenging to implement its share of the cuts because of output from a new project called Egina, Kachikwu said.

The OPEC+ agreement has “been able to get prices to a point where both consumers and producers are at least a bit comfortable,” he said. “I would like to see that go on.”

The deal to reduce oil output by 1.2 million barrels a day, which helped crude rise by the most in a decade last quarter, expires at the end of June. While there’s general backing within the Organization of Petroleum Exporting Countries and its allies for an extension, Russia is said to remain undecided.

The Egina project, which started this year, will pump 150,000 barrels a day of crude at a peak rate but supply is “right now probably not there yet,” Kachikwu said.

The OPEC+ group’s compliance with the cuts will improve from about 90 percent in the months ahead, OPEC’s Secretary-General Mohammad Barkindo said at the same conference. He said Kachikwu has assured him the country is doing everything possible to meet its obligations.

A full meeting of ministers from OPEC and its allies is scheduled in June in Vienna.