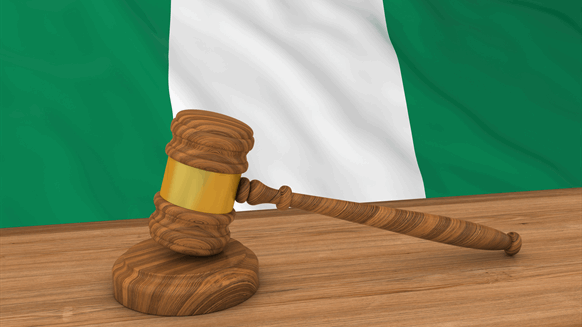 (Bloomberg) -- A Nigerian judge issued an arrest warrant for the managing director of Exxon Mobil Corp.’s local unit for failing to appear before the nation’s anti-graft agency, which is investigating what it says is a $213 million fraud.

Federal Court Judge Okon Abang approved a request by the Economic and Financial Crimes Commission to issue an arrest warrant for Richard Laing, head of Exxon Mobil’s Nigerian unit, Wilson Uwujaren, an Abuja-based spokesman for the EFCC, said by phone Wednesday. The EFCC is investigating the company, and not Laing, he said Thursday.

The EFCC is in the process of putting the warrant into effect, Uwujaren said. He declined to comment on whether Laing could avoid arrest by obeying an EFCC summons.

Exxon Mobil’s Nigerian unit declined to comment. The company operates a joint venture with the state-owned Nigerian National Petroleum Corp., in which it holds a 40% stake.

The warrant relates to an investigation into the alleged fraudulent creation of change orders worth more than $213 million in a pipeline project, the EFCC said in a statement. Laing rebuffed three invitations to appear before the agency to give testimony about the matter, Uwujaren said.

The authorities haven’t filed a case in court yet because the probe is still underway, he said.