Nigeria Demands $62B from Oil Majors 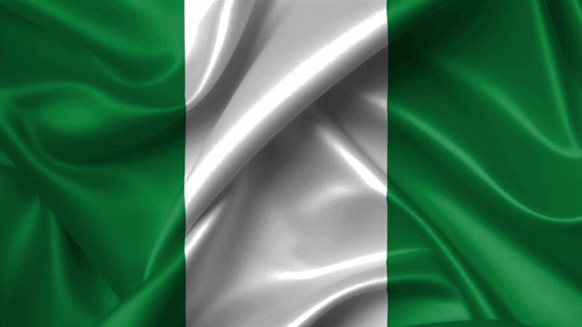 Nigeria is seeking to recover as much as $62 billion from international oil companies.

(Bloomberg) -- Nigeria is seeking to recover as much as $62 billion from international oil companies, using a 2018 Supreme Court ruling the state says enables it to increase its share of income from production-sharing contracts.

In the latest plan, the government says energy companies failed to comply with a 1993 contract-law requirement that the state receive a greater share of revenue when the oil price exceeds $20 per barrel, according to a document prepared by the attorney-general’s office and the Justice Ministry. The document, seen by Bloomberg, was verified by the ministry.

While the government hasn’t said how it will recover the money, it has said it wants to negotiate with the companies. In its battle with MTN, the fine imposed on the company was negotiated down from an initial penalty of $5.2 billion.

Under the production-sharing contract law, companies including Royal Dutch Shell Plc, ExxonMobil Corp., Chevron Corp., Total SA and Eni SpA agreed to fund the exploration and production of deep-offshore oil fields on the basis that they would share profit with the government after recovering their costs.

When the law came into effect 26 years ago, crude was selling for $9.50 per barrel. The oil companies currently take 80% of the profit from these deep-offshore fields, while the government receives 20%, according to the document. Oil traded at $58.29 a barrel on the London-based ICE Futures Europe Exchange.

Most of Nigeria’s crude is pumped by the five oil companies, which operate joint ventures and partnerships with the state-owned Nigerian National Petroleum Corp.

Representatives of the oil companies met Justice Minister Abubakar Malami Oct. 3 in the capital, Abuja, according to two people familiar with the discussions who asked not to be identified because the meeting wasn’t public. Malami told them that while no hostility is intended toward investors, the government will ensure all the country’s laws are respected, the people said.

Oil companies including Shell have gone to the Federal High Court to challenge the government’s claim that they owe the state any money, arguing that the Supreme Court ruling doesn’t allow the government to collect arrears. They also contend that because the companies weren’t party to the 2018 case, they shouldn’t be subject to the ruling.

“We do not agree with the legal basis for the claim that we owe outstanding revenues,” Shell’s Nigerian unit said in an emailed response to questions.

Chevron spokesman Ray Fohr said the company doesn’t comment on matters before the court. Its units in Nigeria “comply with all applicable laws and regulations,” he said by email.

Bernard Stewart  |  October 13, 2019
Perhaps if various presidents and government officials had not stolen billions over the years they would not be in the state they are in. Typically they will always find someone else to blame for their own corruption.
Craig Castille  |  October 11, 2019
If the companies didn’t amend their PSA’s and assuming the PSA’s took affect before 1993 then Nigeria has no basis.
Rudolf Huber  |  October 11, 2019
The Nigerian government shows oil operators why investing in shale is better value for money than investing it in Nigeria. The current government might get some money out of this or can show its electorate that its tough with foreigners which always goes down well for the moment. But the longterm implications will make Nigeria's situation worse. But maybe Buhari believes that moe pain will cure the Nigerians from the oil affliction and awaken their entrepreneurial spirits. That would be meta-strategic.