by Bloomberg
|
Rachel Adams-Heard and Keshia Clukey
|
Thursday, May 16, 2019
Tweet 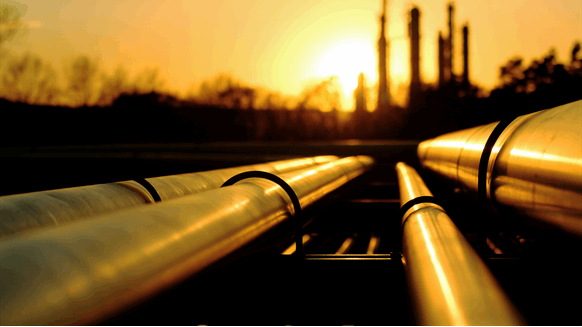 (Bloomberg) -- New York denied a key permit for a $1 billion Williams Cos. shale gas pipeline, dealing a critical blow to a project that would shuttle fuel to customers in New York City and Long Island.

The New York State Department of Environmental Conservation said Wednesday that the pipeline would result in water quality violations, including those caused by kicking up hazardous metals and disturbing seabed habitats. The denial was “without prejudice,” meaning the company can reapply. Williams said in a separate statement that the DEC had raised “a minor technical issue” with the application, which it will resubmit quickly.

The decision comes as states tussle with the Trump administration over pipelines designed to carry abundant natural gas to the Northeast from shale basins in Pennsylvania, Ohio and West Virginia. President Trump has taken action to speed up approval of interstate gas conduits, last month signing an executive order that aims to short-circuit state regulators who have held up projects by denying necessary permits amid environmental concerns.

Northeast Supply Enhancement, which would add pipeline segments in New York, Pennsylvania and New Jersey to an existing Williams system, joins a slew of gas proposals in the region that have faced delays. Construction of new conduits has failed to keep pace with growing demand for the heating and power-plant fuel, leading Consolidated Edison Inc. to stop accepting applications for new gas service in New York’s Westchester County.

Another proposed Williams pipeline, Constitution, remains stalled after failing to obtain a water permit from New York. The state’s regulators initially denied the certificate for Northeast Supply Enhancement last year, saying Williams submitted an incomplete application. Other gas projects in the region that have faced -- or are expected to face -- state-level delays include National Fuel Gas Co.’s Northern Access and Southern Co.’s and Enbridge Inc.’s PennEast.

Environmental groups have argued that Northeast Supply Enhancement is unnecessary and would further New York’s reliance on fossil fuels. Williams and one of its customers, National Grid Plc, say the project is needed to meet demand during the winter months, when consumption of the heating fuel peaks and prices can spike.

National Grid, which has customers in Brooklyn, Queens and Long Island, said it remains cautiously optimistic the project will be in service on schedule by the winter of 2020-21. The company will continue to advise new applicants that its ability to provide guaranteed service depends on construction of the pipeline, a spokeswoman said by email.

Pipeline opponents have said the state’s decision would be a signal of New York Governor Andrew Cuomo’s commitment to address climate change. Cuomo has introduced a state-level version of Representative Alexandria Ocasio-Cortez’s Green New Deal, calling for the New York’s electricity to be 100% carbon neutral by 2040.

“The state has made it clear that dangerous gas pipelines have no place in New York,” Kimberly Ong, senior attorney at the Natural Resources Defense Council, said in a written statement. “Instead of further locking in our reliance on fossil fuels, New York is rightly capturing the power of the wind and the sun and investing in a local clean energy economy.”

Northeast Supply Enhancement, which gained federal approval earlier this month, is also awaiting a water permit from the New Jersey Department of Environmental Protection. The agency is expected to make a decision by June 20.

In its letter Wednesday to a unit of Williams, the DEC focused on the impacts of the 17.4 mile (28 kilometer) stretch of 26-inch diameter pipeline, referred to as the Raritan Bay Loop, which would run underwater en route from New Jersey to Queens. The agency said construction of the project would result in the re-suspension of sediments and other contaminants, including mercury and copper, and disturb shellfish beds and other seabed resources.

mike scho  |  May 17, 2019
I will love seeing the day new york and california freeze in the dark. FREEZE LEFTIES FREEZE.
James Keating  |  May 17, 2019
Surprise, surprise, the ultimate political hack Cuomo strikes again. Like all Demorats he remains onboard with the greatest Ponzi scheme in history (climate change). Follow the money trail Democrat (crony capitalism) as usual.
Robert Parisi  |  May 17, 2019
The natural gas is certainly needed in the near to mid-term time horizon especially in Metro N.Y.C. Nevertheless, the State, any State's plan to be carbon free by 2040 should be respected especially where the installation of the pipeline would pass through critical environmental areas, such as the coastal waterways between New Jersey and Queens. Having said that we are fortunate to live where a natural gas pipeline has been in place for over 50 years near Fort Knox Kentucky. The cost of natural gas is practically free in comparison to the prices Metro N.Y.C. residents and businesses pay for Natural Gas if they can get it. We lived in NYC for generations prior to living in Kentucky and clean Natural Gas was almost impossible to get access to, leaving heating oil as the next best choice. However, Natural Gas burns clean enough to use a gas fireplace without venting or suffocating, unlike Kerosene or Oil. State's Rights, something Conservatives pushed onto to States like New York, New Jersey and New England clearly gives the State Legislature, Voters and Governor, a larger degree of autonomy and self-determination. So just an Executive Order from an impatient President shouldn't be a method of bypassing the local decision making process. Besides personally enjoying the benefits of being connected to a reliable natural gas pipeline, we also derive most of our income from dividends from an Energy Overweight Trust. So while I have a vested interest in seeing Natural Gas distribution expanding, I respect both the environmental regulatory process and the rights of states actively asserting their rights of self-determination. Ideally, a compromise that would satisfy both the DEC's environmental concerns regarding the seabed habitat and the disturbance of heavy metal sediments, while permitting the natural gas pipeline to be responsibly constructed without unreasonable delays and expense can be reached. Of course, if the State of New York has a viable energy delivery plan with alternative energies that are "carbon-free", then that should be their right. A President who simply usurps State's Rights by declaring that any government body that attempts to create a carbon-free energy plan - is simply another example of "Fake News" - well I don't believe that is the American way. On the opposite coast, in California where they have exercised the most vigilant State Environmental Standards including the incremental elimination of carbon emissions, the President plans to offer 800k acres of federal lands for lease by the Oil and Gas industry. That's over the objections of the most populous state which also is home to the country's largest economy with the most challenging long-term environmental issues which the state has been actively and effectively addressing for ~50 years. In both cases these are States which did not support the President in his last bid for President and aren't likely to provide an electoral votes in the coming election unlike state's such as Kentucky where we reside. State's Rights provides the right of self-determination. In the case of 2 of the most economically important states in the country, though NOT Trump States, the will of the people and governments of California and New York are being disregarded. These are situations, like many others, that aren't best dealt with through dictatorial Executive Orders which are directly contrary to plans these states have been executing for decades before the current Administration can to power.