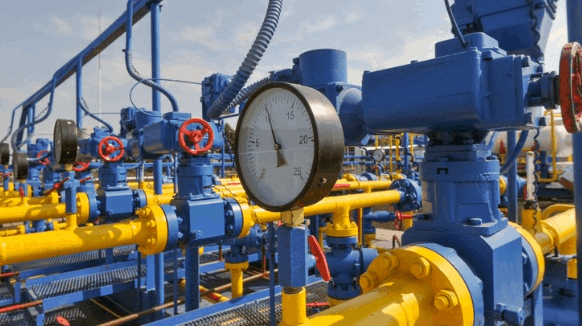 The new link will shift the dynamic of a market that gets much of its gas supplies from Russia and the North Sea.

(Bloomberg) -- Europe’s glutted natural gas markets are about to get a fresh source of supply after BP Plc and its partners finished a major new pipeline from Azerbaijan into southern Europe.

The Trans Adriatic Pipeline, or TAP, project is “substantially complete” 4 1/2 years after construction started on the 878-kilometer link, the group developing the project said on Tuesday. The partners are now preparing for commercial operations and offering capacity to buyers.

Flows from the pipeline add to pressure on Europe’s gas distribution grid, which is struggling to absorb unusually high storage levels and shipments of liquefied natural gas, said James Huckstepp, leader of a team at S&P Global Platts analyzing the industry. The link will bring an additional 8 billion cubic meters of gas per year to Italy, and 1 billion cubic meters to Greece and Bulgaria, shifting the dynamic of a market that gets much of is supplies from Russia and the North Sea.

“TAP is a bearish factor, mainly for Southern Europe,” Huckstepp said. “It will also have an indirect impact in Northwest Europe, as it will mean less gas being exported to the south.”

Completing the link is a major milestone for the European Union, which has worked for years to diversify its sources of gas supply away from Russia. While Germany is supporting Russia’s controversial Nord Stream 2 route to bring gas to the continent via the Baltic Sea, TAP as part of the southern corridor have emerged as an alternative source of energy from countries outside Russia’s grip. TAP will take gas from Azerbaijan and the Caspian Sea region and deliver it through Turkey and into Italy and has the support of those countries.

Russia now accounts for about a third of Europe’s gas supplies, TAP will be followed by several projects intended to decrease dependence on Russian gas, including the Baltic Pipe - bringing the fuel from Norway to Poland -- and by new LNG terminals being designed for the European coast.

Those projects address concerns that Europe lacked diverse sources of gas interconnections with other producing regions. They represent “a united front against Russia” that is gaining momentum, said S&P Global Platts in a report last month.

The effects of the new supplies in the market will be fully seen after it ramps up, which normally happens up to six months after its launch, said Elchin Mammadov, analyst at Bloomberg Intelligence. But it might take longer, as the European gas market oversupply situation will limit demand for the Azerbaijani gas.

“TAP will significantly improve energy security and diversification in southern Europe. It should help the region to secure better pricing terms from Gazprom,” said Mammadov.

After two warm winters and the coronavirus pandemic, demand for gas is sagging across Europe, leaving inventories well above the average for the season and benchmark prices below their 10-year average.

The “dramatic impact” of new Azerbaijani supplies will be seen in Southern Europe, according to Ahmed Hammoudan, senior gas trader at Eneco, a Dutch energy company.

Less LNG and Russian flows will be necessary in the region, which will help to further narrow the spread between the Italian and the Dutch contracts, said Huckstepp.

“We have already seen the PSV-TTF spread coming down and the premium we’ve seen over the past five years is going away,” he said.