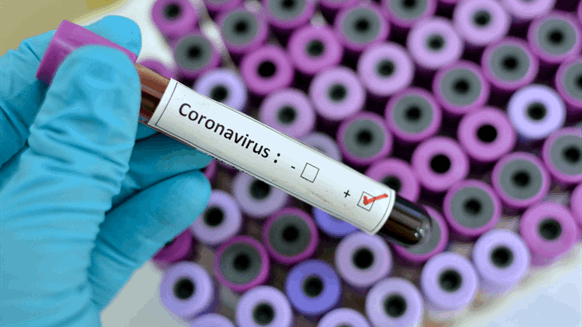 Oil steadied after closing at the lowest level since mid-October as the deadly coronavirus wreaked havoc on China's economy and threatened to crimp worldwide energy demand.

(Bloomberg) -- Oil steadied after closing at the lowest level since mid-October as the deadly coronavirus wreaked havoc on China’s economy and threatened to crimp worldwide energy demand.

The director-general of the World Health Organization traveled to Beijing to assess the country’s response to the virus that has so far killed more than 100 people. Chinese authorities have locked down cities with a combined 50 million people around the outbreak’s epicenter in Wuhan, while global companies including Honda Motor Co. are evacuating workers from the hardest-hit areas.

Oil fell around 9% in the four sessions through Monday as alarm over the virus and its potential to curb travel and economic activity worldwide spooked energy markets. Saudi Arabia, the top oil exporter, said Monday that it’s “closely monitoring” the effect of the outbreak on the crude market, but so far believes the crisis will have “very limited impact” on global demand.

Depending on how the situation in China evolves, West Texas Intermediate could drop to $47 to $50 a barrel, while Brent may fall to $55, said Jeffrey Halley, senior market analyst at OANDA in Singapore. “If people stop going to the mall, if they use less electricity, factories slow down, airliners cut flights and use less fuel, it all slows down economic activity.”

West Texas Intermediate for March delivery rose 0.1% to $53.19 a barrel on the New York Mercantile Exchange as of 7:39 a.m. in London after falling as much as 0.7% earlier. The contract closed at $53.14 Monday, the lowest since Oct. 15. It’s down around 12% so far in January, set for the biggest monthly decline since May.

Brent for March settlement declined 0.1% to $59.29 a barrel on the London-based ICE Futures Europe exchange after falling 2.3% the day before. The global benchmark crude traded at a $6.09 a barrel premium to WTI.

Rattled by concern about the economic and human impact of China’s deadly coronavirus, Asian stocks kept falling Tuesday. The U.S. said citizens should reconsider travel to China, while Hong Kong announced the temporary closing of all sports and cultural facilities from Wednesday.

Meanwhile, Libyan oil output could be days from coming to a complete halt as the eastern-based general Khalifa Haftar continues a blockade of the OPEC producer’s ports. The country is currently pumping 262,000 barrels a day and output could fall as low as 72,000 barrels within days, according to National Oil Corp. Chairman Mustafa Sanalla.