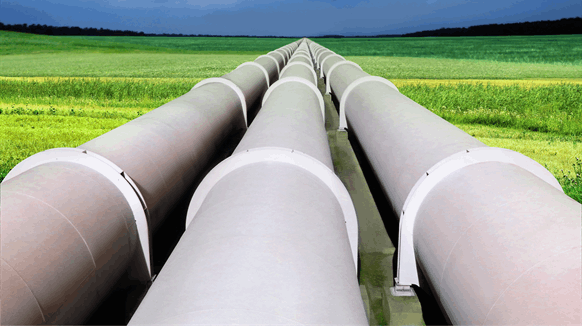 The Coastal GasLink project, a natural gas pipeline TC Energy Corp. is selling, has drawn interest from potential investors including Mubadala Investment Co., according to people familiar with the matter.

(Bloomberg) -- The Coastal GasLink project, a natural gas pipeline TC Energy Corp. is selling, has drawn interest from potential investors including Mubadala Investment Co., according to people familiar with the matter.

Other suitors are circling the asset, said the people, who asked to not be identified because the matter isn’t public.

TC Energy, which changed its name in May from TransCanada Corp., is working with an adviser to sell up to 75% of Coastal GasLink, which is estimated to cost C$6.2 billion ($4.7 billion) to build, it said in a regulatory filing in January. It’s not clear how much the stake would fetch in a sale.

“TC Energy does not comment on market rumours,” the Calgary-based company said in a statement. “As has been previously reported in our quarterly financial disclosures, we continue to advance funding plans for our Coastal GasLink Project including the potential sale of an ownership interest and project financing.”

TC Energy has been selling assets to strengthen its balance sheet and fund capital projects, following its $10.2 billion takeover in 2016 of Columbia Pipeline Group Inc.

To contact the editors responsible for this story:
Liana Baker at lbaker75@bloomberg.net;
Alan Goldstein at agoldstein5@bloomberg.net
Matthew Monks