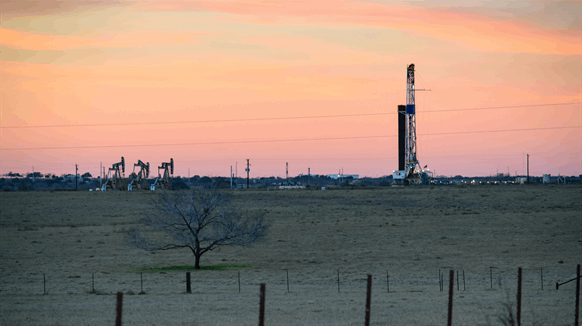 There is no more dramatic sign of the US shale industry's fall from grace than one of the best in the business being sold off for less than a third of its peak value.

(Bloomberg) -- There is no more dramatic sign of the U.S. shale industry’s fall from grace than one of the best in the business being sold off for less than a third of its peak value.

Concho Resources Inc., an early explorer of the Permian Basin’s once-coveted oil riches that was worth $32 billion just two years ago, is selling for $9.7 billion in stock. ConocoPhillips is paying a meager 15% premium over Concho’s closing price on Oct. 13, the last trading session before Bloomberg News first reported the companies were in talks.

Concho is not alone: More than half of the shale deals this year came with a premium of less than 10% over stock prices that had already plunged in the past couple of years, according to data compiled by Bloomberg.

“To sell out at a 15% premium I think sends the message that it’s going to be a lot harder to be a stand-alone” oil company, Jennifer Rowland, an analyst at Edward Jones, said Monday in a phone interview.

In just the last few weeks, Chevron Corp. concluded the purchase of Noble Energy Inc. for a modest 12% premium, while WPX Energy Inc. agreed to merge with Devon Energy Corp. for a benefit of just 4.2% above its pre-deal share price, according to data combined by Bloomberg. Both deals, like Conoco-Concho, were all-stock transactions, meaning there’s no golden parachute for investors.

Pioneer Natural Resources Co. is in talks to buy rival U.S. shale driller Parsley Energy Inc. in an all-stock deal that could be finalized by the end of the month, a person familiar with the matter said Monday. Dow Jones earlier reported the talks.

The more down-to-earth deals of late are in stark contrast to Occidental Petroleum Corp.’s $37 billion acquisition of Anadarko Petroleum Corp. last year. The purchase raised the ire of billionaire investor Carl Icahn and left Occidental, which is now worth little more than $9 billion, saddled with about $40 billion of debt.

“We looked at the way the world was changing and the need for size and scale,” Concho Chief Executive Officer Tim Leach said in an interview. “The fact that this transaction is 100% stock -- on a relative basis all our shareholders are still exposed to all the upside of the combined company.”

While executives like Leach point to the value of being able to participate in an oil-price rally with an all-stock deal, it’s also a sign that buyers are not willing to fund purchases with cash, which would often mean taking on debt. And tapping shareholders for funds is out of the question. Energy has slumped to less than 2% of the S&P 500 Index, down from more than 11% a decade ago, even as the wider market rose to record levels.

U.S. oil production has tumbled to around 10.5 million barrels a day from a record 13 million earlier this year. That’s the equivalent of removing more than the current production of OPEC member Kuwait.

The industry is unlikely to make that back anytime soon, and more declines may be on the way next year. Occidental Petroleum Corp. CEO Vicki Hollub last week said the U.S. may never again reach those record production levels.

This is in part due to shale wells’ rapid decline rate -- as much as 70% within the first year -- and the need for new wells, and money to drill them, to offset the production drop-off.

“With the underlying decline rate that approaches 40%, it’s hard to distribute cash back to the shareholders as rapidly as we can in this new model,” Concho’s Leach said.