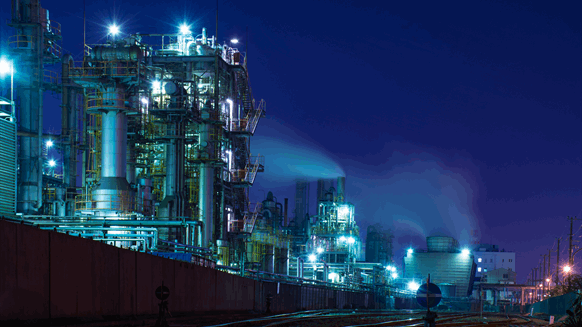 Two rules designed to facilitate private investment in the energy sector were rolled back this week.

(Bloomberg) -- Mexico just made it harder for foreign companies to compete in its nascent fuel market.

Two rules designed to facilitate private investment in the energy sector were rolled back this week, in a move reflective of President Andres Manuel Lopez Obrador’s opposition to his predecessor’s free-market reforms.

A federal court on Wednesday overturned a rule that required state-owned Petroleos Mexicanos to allow third parties to access its pipeline capacity and fuel storage terminals during certain periods, Mexican daily Reforma reported. Pemex, as the company is known, will also be able to freely price fuel sales to wholesalers after the nation’s regulator, CRE, voided an agreement curbing the practice until private companies had achieved 30% of market share. As of September, they had obtained 8.8% of the market, according to Energy Ministry data.

“The signal that it sends to the market is that private companies will have to develop their own infrastructure to operate, and in an asymmetric price scheme,” said Ixchel Castro, an oil and refining markets manager for Latin America at Wood Mackenzie Ltd. “It puts stones in the path of the private sector to have balanced competition with Pemex.”

Lopez Obrador has staunchly opposed his predecessor’s policies that opened the energy market to private investment in 2014 after almost eight decades in which Pemex held a monopoly in the sector. His government has suspended competitive oil auctions and joint-venture agreements with Pemex in its oil fields. He’s also tasked Pemex and the Energy Ministry with building a new $8 billion refinery in his home state of Tabasco, with the aim of making Mexico self-sufficient in fuel production and reducing the influence of global oil markets.

The latest changes are “indicative” of the more challenging political environment that fuel importers face under the new government, said Rajan Vig, founder of oil trading company Indimex Marketing and Trading LLC in Mexico. “He is trying to give Pemex more power,” said Vig.

Pemex is on track for 15 years of oil production declines and it is struggling to reduce debt of about $100 billion, the highest of any oil company. While an increasing number of foreign companions including BP Plc , Chevron Corp and Exxon Mobil Corp have begun to import their own fuels, many gasoline retailers continue to rely on Pemex for the bulk of their supply needs due to a lack of infrastructure in the country.

“The risk is that private companies cannot fund these additions to the distribution system and Pemex doesn’t have the resources to fix existing bottlenecks,” said Castro.