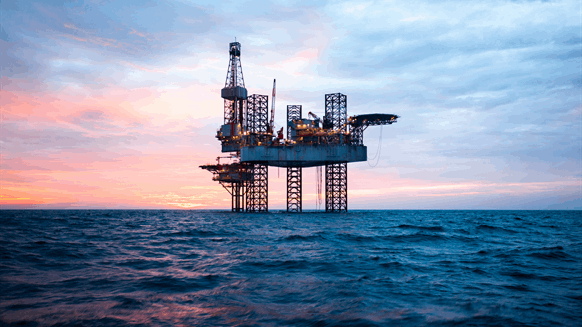 Pemex aims to nearly double drilling to 423 wells this year and accelerate development of 15 recent discoveries.

(Bloomberg) -- Outside of Saudi Arabia and Russia, most oil producers are racing to deal with the historic oil price collapse by cutting back spending and in some cases production. But Mexico’s national oil company is acting like the crash never happened.

Petroleos Mexicanos aims to nearly double drilling to 423 wells this year and accelerate development of 15 recent discoveries, even though experts say many are unprofitable at current prices. It hasn’t announced changes to the production goal it set out in its five-year business plan of 1.87 million barrels a day, an 11% rise compared to last year, or investment in exploration and production of 270 billion pesos ($11.1 billion).

Meanwhile, the global oil and gas industry is expected to slash $100 billion in exploration and production spending in a 17% drop on year, according to consultancy Rystad Energy AS. Brazil’s Petroleo Brasileiro SA and Colombia’s Ecopetrol SA have both slashed capital spending, and Petrobras went as far as shutting in 200,000 barrels a day of unprofitable production in a country with little storage capacity.

“If that is the path you want to go down in this environment, you will most certainly burn cash,” said Ruaraidh Montgomery, research director from oil consultancy Welligence. “Petrobras is genuinely run as independent entity that is there to generate profits, but with Pemex, the government’s priority is production growth.”

While refineries across the globe are cutting runs amid slumping fuel consumption, Saudi Arabia and Russia are unleashing millions of barrels of excess crude in a battle over market share. Against this backdrop, global benchmark Brent crude posted its worst quarter in history.

Mexico is part of OPEC+ that is meeting Thursday to attempt to stabilize the oil market but the country has not offered to reduce production as part of the effort.

Pemex’s cavalier approach to the oil crisis matches President Andres Manuel Lopez Obrador’s handling of the global pandemic. He spent weeks downplaying the health risks of the coronavirus and was slow to deploy containment measures out of fear for the economy. And he has shown no signs of abandoning a turnaround strategy for the cash-strapped national oil company.

While Pemex announced cost control measures before the oil market cratered, analysts say they aren’t enough. Pemex will have a negative cash flow this year of $20 billion if Mexican oil trades at $30 a barrel, according to Anne Milne, a strategist at Bank of America. Investors fear that Moody’s Corp. could downgrade Pemex’s bonds to junk after Fitch Ratings Inc. cut Pemex bonds even deeper into junk earlier this month, and S&P Global Inc. also cut its rating in March.

On Sunday, Lopez Obrador said he’d cut Pemex’s tax burden by an extra 65 billion pesos ($2.7 billion), although it wasn’t immediately clear if this is a new measure. The relief won’t be enough to prevent the company from using its revolving credit facilities and increasing debt in 2020, Moody’s said in a statement.

Mexico is expected to make a profit on its annual oil-price hedge, the largest of its kind, which for 2020 managed to obtain a price of $49 a barrel and typically covers between 200 million and 300 million barrels. Pemex’s hedge is much smaller, at just over 85 million barrels for 2020.

The bulk of government funds allocated to Pemex have been for the construction of an $8 billion refinery in Lopez Obrador’s home state of Tabasco, even as global fuel demand wanes and other projects around the world go on hold. Even before the 2020 economic crisis, the refinery was widely panned as unprofitable and politically motivated. And outside of Mexico’s two largest offshore fields, profitability is questionable.

“A lot of new discoveries are not necessarily in the money in the super-low price environment,” said Schreiner Parker, the vice president for Latin America at Rystad. “We’ll continue to see a decline in Mexico’s production.”

Petrobras, Latin America’s biggest producer, was quick to adjust its business plan and shore up lines of credit as soon as prices crashed in March. It was the first global oil major to announce cuts to unprofitable projects. Petrobras took additional cost control measures on Wednesday, announcing an early retirement program where it expects 3,800 staff cuts and 7.6 billion reais ($1.5 billion) in savings through 2025.

“They are preparing to survive at $25 a barrel,” said Jorge Camargo, the head of the energy and infrastructure group at the Brazilian Center for International Relations, a think tank in Rio de Janeiro. “Brazil is better off” than other Latin producers, he said.

Mexico took an opposite path under Lopez Obrador, who halted an opening of the oil industry that was easing Pemex’s spending burden. Even before the crisis, Pemex’s finances were so bad it had already built arrears with suppliers, putting any expansion plans in doubt. It also trailed the offshore oil industry in adopting virus containment measures.

He wants to give Pemex greater control over Mexico’s oil territory and has suspended competitive auctions. He aims to revitalize national output that has fallen for 15 consecutive years and reduce Mexico’s dependence on imported fuels, as well as chip away at Pemex’s debt of more than $100 billion, the highest of any oil major.

More than half of the Mexican driller’s production is unprofitable at $30 a barrel, noted Welligence’s Montgomery. What Pemex should do is focus on cost control, become more efficient, and protect its balance sheet by not spending money on growth for growth’s sake, he added. “You can only keep funding your operations through debt for so long, the worst is yet to come.”

To contact the reporters on this story:
Amy Stillman in Mexico City at astillman7@bloomberg.net;
Peter Millard in Rio de Janeiro at pmillard1@bloomberg.net