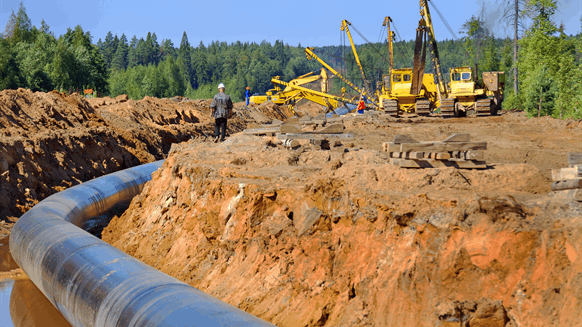 Mexico's move to divert a TC Energy Corp. gas pipeline from indigenous lands is reigniting concerns over the future of energy projects in the country.

(Bloomberg) -- Mexico’s move to divert a TC Energy Corp. gas pipeline from indigenous lands is reigniting concerns over the future of energy projects in the country.

The plan to deviate the Tuxpan-Tula conduit in central Mexico, announced by President Andres Manuel Lopez Obrador over the weekend, follows a restructuring of contracts last year that forced pipeline operators to cut shipping rates.

The decision creates a precedent that could be replicated as local communities have opposed several pipeline projects in Mexico, stalling construction and leading to a slowdown in investment, said Nina Fahy, head of North American natural gas for consultancy Energy Aspects Ltd.

Diverting the pipeline is “really opening up a can of worms” because many other projects face similar issues, and moving them could prove costly, she said from New York. “Indigenous consultations have stalled out other pipeline projects in Mexico as well.”

Lopez Obrador announced the plan after holding a consultation with the Otomi, Nahuatl, Totonaco and Tepehua indigenous communities in the city of Pahuatlan. He pledged to compensate TC Energy.

To contact the editors responsible for this story:
David Marino at dmarino4@bloomberg.net
Carlos Caminada, Steven Frank