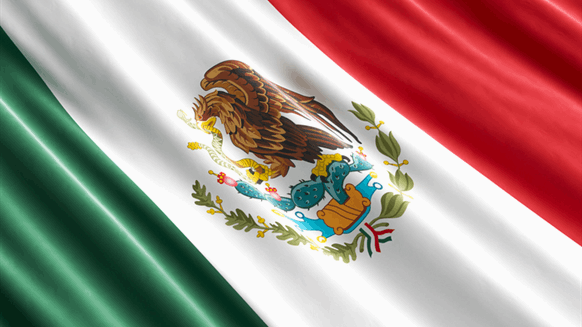 Mexico is cutting its 2021 forecast for oil production at Petroleos Mexicanos by 8.4 percent.

(Bloomberg) -- Mexico is cutting its 2021 forecast for oil production at Petroleos Mexicanos by 8.4% as the state producer struggles under a $107 billion debt load and the impact of the deadly coronavirus.

The country’s Finance Ministry lowered its preliminary estimate for output next year to 1.857 million barrels a day, down from 2.027 million in an April forecast, according to a draft of next year’s budget proposal obtained by Bloomberg News.

Pemex, as the company is also known, has been hit hard by Covid-related deaths among its workers at a time when the oil-market crash only made the ambitions of Mexican President Andres Manuel Lopez Obrador to increase production more difficult.

Even the revised output number looks “optimistic,” said Marco Oviedo, Chief Economist for Latin America at Barclays. “It seems that they have not learned,” he said, predicting that Pemex will fail to meet the lower target.

The Finance Ministry estimates oil prices will average $42.10 a barrel next year, up from a preliminary forecast of $30 a barrel at the start of April. The numbers are part of a budget proposal that would increase Pemex’s spending by just 0.6% next year, to 544.6 billion pesos ($25 billion).

The output goal “takes into account the new demand and price environment, as well as the renewed emphasis on efficiency in the production and supply of fuels by Pemex,” according to the document.

Pemex’s latest data show that in July it pumped the least oil since October 1979, at 1.595 million barrels a day. Earlier this week, Lopez Obrador said Pemex got it wrong, without providing a new number. Pemex’s recent setbacks bode poorly for the leftist government that has placed it at the heart of its economic policy. Mexico’s budget depends in part on boosting oil production, a key source of government revenue.