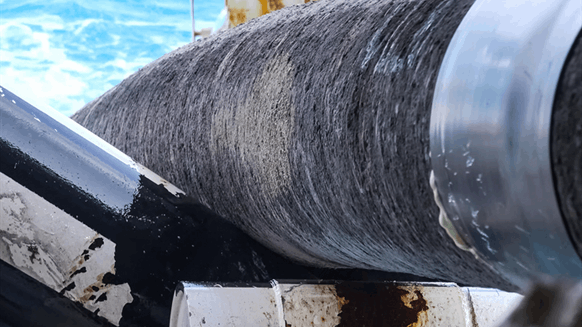 Chancellor Angela Merkel opened the door to taking action against the Nord Stream 2 gas pipeline as Germany and its allies mull a response to the poisoning of Russian opposition leader Alexey Navalny.

(Bloomberg) -- Chancellor Angela Merkel opened the door to taking action against the Nord Stream 2 gas pipeline as Germany and its allies mull a response to the poisoning of Russian opposition leader Alexey Navalny.

Merkel’s rethinking of her sustained support for the controversial Baltic Sea pipeline underscores the escalating tensions with President Vladimir Putin’s government after German military specialists determined last week that Navalny had been poisoned by novichok, a Russian-developed nerve agent. The Kremlin critic began waking from a coma in a hospital in Berlin.

The German leader lent her support to statements from Foreign Minister Heiko Maas, who over the weekend warned that Berlin could change its backing for the project, Merkel’s chief spokesman, Steffen Seibert, said on Monday. It’s “too early” to determine what the consequences of the chemical attack would be, he added.

“The chancellor also holds the view that it’s wrong to rule something out from the start,” Seibert said at a regular government news conference in Berlin. That marks a shift for Merkel, who said on Aug. 28 that Nord Stream should be completed and remain a separate issue from Navalny.

Putin’s spokesman Dmitry Peskov didn’t immediately respond to a request for comment on the statement. Earlier, he said that the Kremlin sees no risk that Germany will block Nord Stream. The two leaders haven’t yet spoken about the Navalny case, according to Seibert.

“Any attempts to associate Russia or the Russian leadership with what happened are unacceptable for us, they are absurd,” Peskov said on a conference call. He repeated that the Kremlin is waiting for information about the poisoning from German authorities.

Meanwhile, German doctors said Navalny’s condition is improving 18 days after collapsing on a flight to Moscow. He is “responding to verbal stimuli,” Berlin’s Charite hospital said Monday in a Tweet.

“The patient has been removed from his medically induced coma and is being weaned off mechanical ventilation,” the hospital said, adding that longer-term effects from the “severe poisoning” can’t be ruled out.

1/2 The condition of Alexei #Navalny has improved. The patient has been removed from his medically induced coma and is being weaned off mechanical ventilation. He is responding to verbal stimuli.

The ruble fell 1% versus the dollar on Monday, the biggest decline among emerging market peers. Shares of Russia’s Gazprom PJSC -- which leads the project -- also extended losses, dropping as much as 2%.

In Moscow, Russian Energy Minister Alexander Novak vowed that the pipeline will be completed despite difficulties, according to Interfax. He said the gas transit is necessary for Europe, even amid a drop in demand.

It remains unclear whether Merkel will indeed pull the plug on the 9.5 billion-euro ($11.2 billion) venture, which is close to completion. Even as her chief spokesman confirmed the shift, he offered a standard defense of the pipeline, saying that gas deliveries from the Baltic Sea conduit have been supported by the EU -- and that Nord Stream is only one of several channels for Russian gas, including the Black Sea pipeline TurkStream.

Seibert also noted that gas is considered one of the key energy sources to bridge Germany’s power needs while it phases out coal and nuclear and ramps up renewables.