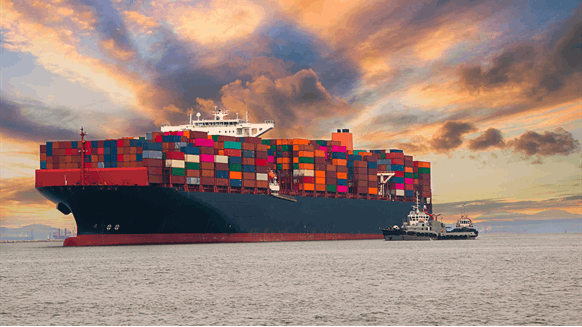 Vessel owners and oil refiners were expected to face major upheaval because of rules that took effect on Jan. 1, 2020.

(Bloomberg) -- It was meant to be one of the greatest transformations in the history of oil and shipping. Instead, a sweeping regulatory change this year to clean up the maritime industry’s fuel passed successfully and with little fanfare, rendered a historical footnote by Covid-19.

Vessel owners and oil refiners were expected to face major upheaval because of rules that took effect on Jan. 1 to help improve human health and combat environmental concerns by slashing the amount of sulfur in ship fuel. The two industries did, indeed, undergo unprecedented turmoil -- but the cause was a pandemic that upended economies and trashed oil demand.

Known as IMO 2020, the regulation forced shippers to stop burning an old, dirty product they’d relied on for decades. Fears about the supply -- and reliability -- of low-sulfur alternatives proved largely unfounded: in short the rule change was a success. Vessels switched, the clean product was available and worked, and the industry eliminated a substantial part of its sulfur-dioxide emissions.

“The fears of IMO have not been realized,” said Mark Williams, a senior oil analyst covering refined-fuel markets at Wood Mackenzie Ltd. “Covid’s blown most of it out of the water.”

It’s still too early to quantify just how beneficial the switch to lower-sulfur fuel has been for human health, according to James Corbett, a professor at the University of Delaware’s School of Marine Science and Policy. But what it has meant is a drop of about 80% in the sulfur content of marine fuel for use outside of pre-existing emission-control areas.

That equates to a sharp decline in sulfur-dioxide emissions, from roughly 15 million tons a year to just 3 million, according to FOBAS, a fuel-testing firm that’s part of vessel-classification society Lloyd’s Register.

Before the sulfur cap came into force, the drop in emissions was expected to prevent about 137,000 premature adult deaths a year from lung cancer and cardiovascular disease, according to a separate study. It was also supposed to help stop acid rain, benefiting crops, forests and fish, according to the International Maritime Organization, the United Nations body responsible for the regulation.

Before 2020 started, a big concern in oil and shipping markets was whether diesel supplies would run short, forcing prices higher. That’s because it was thought refiners would make more IMO-compliant fuel instead. The cost of jet fuel -- closely related to diesel -- was also expected to rise.

Covid-19 helped make any such worries moot. Jet fuel consumption cratered, and a glut of the petroleum product emerged because thousands of planes around the world were grounded. Refineries responded by making less, and tried instead to shift production toward diesel, which was hit hard by the pandemic.

Hindsight also shows that, even without Covid-19, IMO 2020 might not have had the impact on diesel and jet fuel markets that some observers had been anticipating.

Both diesel and jet fuel are so-called distillate fuels because of how they are made in the oil refining process. Ahead of the Jan. 1 start date, it was thought that many shippers would initially favor another distillate type product called marine gasoil.

In reality, almost none of the 0.5% sulfur marine fuels tested by FOBAS during January-September were distillate. Instead, shippers opted for a different type of product based on the left over residue from oil refining. That meant less of a pull on diesel-like material than many had expected.

“Most of the market got it wrong,” said Sandra Octavia, an oil products analyst at Energy Aspects Ltd.

Fears of widespread cheating -- shipowners using the old overly sulfurous product because it was cheaper -- also proved misplaced. Nearly all the 0.5% sulfur fuels tested by FOBAS during January-September complied, data from the firm show.

The old, polluting product, known as HSFO, dropped from 81% of the marine fuel market to 14%, according to an oil company official speaking under Chatham House rules in October. Of that 14%, the majority was on ships with specially installed cleaning units called scrubbers, the official said, meaning they still complied with the regulation.

And while there have been some examples of fuel related problems, overall, the industry thinks the transition has been much smoother than anticipated, according to Timothy Wilson, principal marine consultant engineer at FOBAS.

Even when Covid-19 is eventually brought under control, it seems unlikely IMO 2020 will ever become the oil market issue that many had anticipated going into this year.

New refineries set to come online mean the world won’t be short of diesel anytime soon. OPEC’s gradual re-opening of its taps may well weigh on HSFO margins, but a slew of refinery shutdowns -- which, at least in Europe, tend to be simple plants with high fuel oil output -- will likely give some counterbalance.

“IMO 2020: that ship has sailed into the sunset,” said Steve Sawyer, director of refining at Facts Global Energy.