Marathon Oil Opts for Overlooked Acreage Outside of Permian 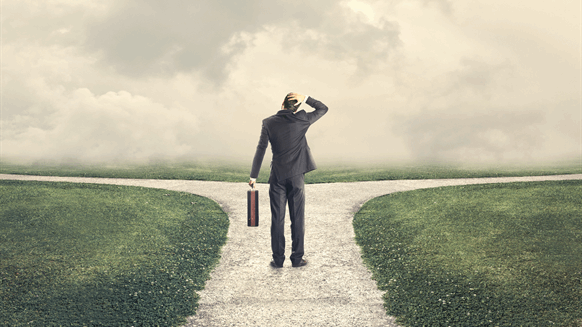 The explorer is opting to snap up cheap acreage in overlooked areas like the Louisiana Austin Chalk.

(Bloomberg) -- Marathon Oil Corp. is mirroring private equity as it looks for the next big thing in U.S. crude.

Instead of buying up smaller players in the crowded Permian Basin of West Texas and New Mexico, the explorer is opting to gobble up cheap acreage in overlooked areas like the Louisiana Austin Chalk, Chief Executive Officer Lee Tillman said in an interview at the CERAWeek by IHS Markit conference in Houston.

We’re “truly doing onshore exploration,” he said. “We’ve created a team there that in many respects looks like an internal PE -- private equity -- model.”

The groups are smaller and are compensated based on hitting certain “milestones,” like getting the green light to acquire acreage or approval to start drilling. Last year, that team led the company to acquire 260,000 net acres of drilling rights in the Louisiana Austin Chalk for less than $850 an acre.

“If it works -- and that’s still a question -- that kind of investment gives you the opportunity to create outsized, full-cycle returns because your entry cost is so low,” Tillman said. “If we’re successful, that’s a basin-opening opportunity.”

tony dyson  |  March 13, 2019
Appears Marathon is following the path of earlier ventures by UPRC and Chesapeake, both of which achieved outsized right offs as their only reward. Now may well be a different result with the changing face of fracture stimulations in the high pressured tighter Austin Chalk formation being the game changer. Best wishes for good fortune in your endeavors.
RELATED COMPANIES
Company: Marathon Oil Company more info