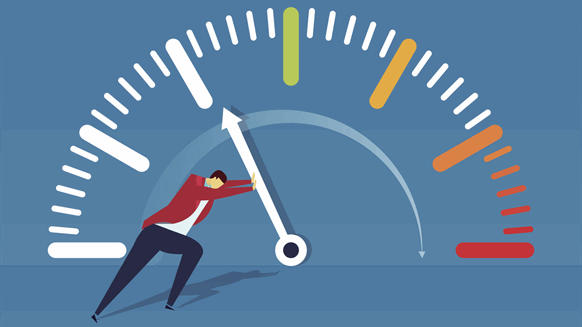 SK Innovation Co. is increasing purchases from America to make up for the drop in Iranian oil shipments before US sanctions come into effect, according to a company spokesperson.

(Bloomberg) -- After South Korea became the first of Iran’s major oil customers to reduce imports to zero under American pressure, the nation’s biggest refiner is seeking alternative supplies to fill the gap.

SK Innovation Co. is increasing purchases from America to make up for the drop in Iranian oil shipments before U.S. sanctions come into effect, according to a company spokesperson. Russia and Australia are other options, with the refiner already buying condensate, an ultra-light crude oil variety, from Russian producers, said the official, who asked not to be named because of internal policy.

With U.S. pressure set to be more intense than during the Obama administration, the world’s oil buyers are having to look elsewhere to replace supplies from the Persian Gulf nation. Purchasing more from the U.S. may also help bilateral relations after President Donald Trump last year berated the Asian nation for a trade deficit, prompting the South Korean government to look to energy imports to fill the gap.

The tightening Asian market due to the Iranian sanctions offers opportunity for U.S. condensate producers to boost exports to the region, Morningstar said last week. Condensate is especially popular with South Korea’s refiners, who have also been buying the oil from countries including Australia, Norway and Saudi Arabia.

Meanwhile India, another major buyer of Iran’s oil, is also planning to halt purchases from the Middle Eastern country. While it’s unclear if top customer China will persist with purchases, India’s move shows that Trump’s measures are succeeding in squeezing the Islamic republic’s exports.

SK Innovation bought 3.08 million barrels of crude from the U.S. for July arrival, up from 1.04 million in March and 2.08 million barrels in April, a month before Trump said he would reimpose sanctions on Iran. It completely halted Iranian condensate shipments for August arrival.