Maduro Gets Oil Lifeline From Russia 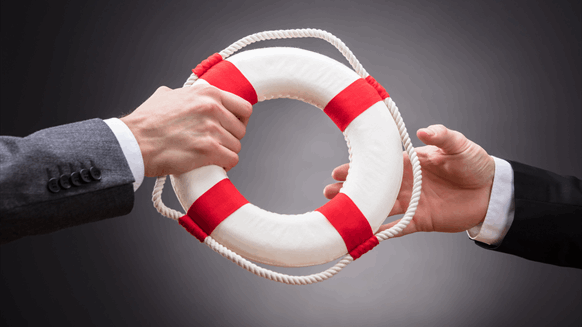 As PDVSA was running out of an obscure product needed to keep exports flowing in the wake of U.S. sanctions, Russia is coming to the rescue.

(Bloomberg) -- Just as Venezuelan state-run oil company PDVSA was running out of an obscure product needed to thin out its crude and keep exports flowing in the wake of U.S. sanctions, Russia is coming to the rescue.

Rosneft Oil Co. PJSC, the Moscow-based company controlled by Vladimir Putin’s government, is sending the first cargoes of heavy naphtha to Venezuela since the U.S. imposed harsher sanctions on PDVSA at the end of January, according to shipping reports and a person with knowledge of the situation. The compound is used to thin the sludgy Venezuelan crude so it can move through pipelines to the coast. Without it, crude gets stuck in the fields, unable to be upgraded into refinery-ready oil.

For Venezuela’s embattled leader Nicolas Maduro, a long-time Putin ally, the shipments are critical. They’ll help him stave off -- at least temporarily -- further declines in oil production, which in turn will bolster his attempt to fend off a push by the opposition to topple his autocratic regime. Oil output has already plunged by two-thirds after years of mismanagement and under-investment. The little that’s left -- about 1 million barrels a day -- funds the food-handout programs that provide sustenance to a population that’s been thrust into deep poverty under Maduro. Without the cash for those programs, hunger will grow, and with it, so too could pressure to drive him out.

While more than 50 countries, including the U.S., have recognized National Assembly leader Juan Guaido as the interim president of Venezuela, Russia sided with the regime of Nicolas Maduro. Russia pledges to help Venezuela to avoid outside military intervention, Parliament Speaker Valentina Matvienko told Vice President Delcy Rodriguez over the weekend. Russia along with China has been a major backer of Maduro, with ties dating back to 1999 when his predecessor Hugo Chavez came to power. PDVSA is moving its European office from Lisbon to Moscow, Rodriguez said Friday.

Two Rosneft tankers, Serengeti and Abliani, will deliver a combined 1 million barrels of heavy naphtha from Europe to Venezuela in coming weeks, ending a month-long gap of supply. The volumes will bring relief but are far from solving the problem. Before the new sanctions were imposed in January, Venezuela was importing between 2 million and 3 million barrels of heavy naphtha every month.

The Rosneft cargoes will replace imports from the U.S., which used to be the top supplier of the diluent. In 2018, all of Venezuela’s imports were from the U.S. Gulf Coast via trading houses including Reliance Industries Ltd., Citgo Petroleum Corp.’s LDC Supply Trading, Vitol Group and Trafigura Ltd.

The diluted crude from the Orinoco Belt will be fed into upgraders owned jointly by PDVSA and companies including Rosneft, Chevron Corp., Total SA and Equinor ASA. The upgraders, which can process 630,000 barrels each day, had been operating at reduced rates since even before the sanctions due to mechanical breakdowns and a shortage of chemicals.

Venezuela is running out of space to store its crude

The upgraders have been squeezed from both sides, running short of crude to process and losing the U.S. market, the main buyer for its synthetic oil. Inventories of these grades have been piling up in onshore tanks and on the water.

After Lukoil PJSC’s trading arm Litasco SA and Trafigura stopped new oil trading with Venezuela following sanctions, Rosneft -- a partner of PDVSA in joint ventures -- stepped up, buying crude oil cargoes and supplying fuels, data compiled by Bloomberg show. The company has loaned about $6.5 billion to Venezuela since 2014 in exchange for oil, according to data compiled by Bloomberg. PDVSA has an outstanding debt of $2.3 billion, according to a Rosneft presentation.