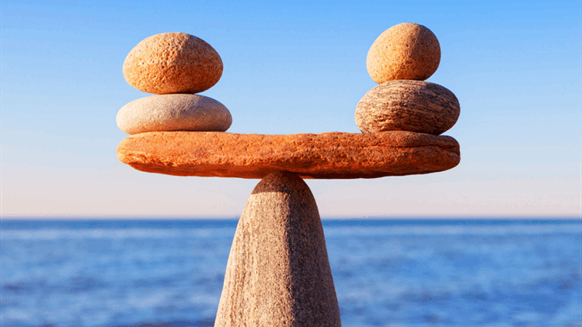 With so much cheap liquefied natural gas around, traders are again looking at tankers to store the fuel in the hope of better prices.

(Bloomberg) -- With so much cheap liquefied natural gas around, traders are again looking at tankers to store the fuel in the hope of better prices.

A long-established practice in oil trading, the complexity and cost of keeping natural gas in liquid form on ships for extended periods meant it wasn’t widely used until last fall, in anticipation of a surge in Chinese demand and prices. That bet backfired when a mild winter damped requirements for the fuel, forcing traders to discharge LNG and release the vessels, which caused a crash in spot charter rates.

While it’s a gamble as weather-driven demand is unpredictable, price signals indicate the option to store LNG in vessels later this year is again becoming attractive, not only in Asia, but also in Europe. The price premium for later contracts, or contango, is building up for both spot Asian LNG prices and the U.K. benchmark, leaving traders weighing how to profit should they choose to store gas at sea.

“We could see a lot of floating LNG storage from September and this could also tighten shipping rates before winter,” Nick Boyes, a senior gas and LNG analyst at Swiss utility and trader Axpo Group, said by email.

Given the price gap, and with an estimated cost of storing LNG of 60-75 U.S. cents a million British thermal units a month, “current freight rates allow for floating storage opportunities in September, October and November this year in both northeast Asia and Atlantic,” Boyes said.

JKM futures for December are about $2.30 per million Btu higher than September contracts, or a premium of $7.6 million for a 3.3 trillion Btu cargo. How much profit can actually be made is strongly dependent on the cost of renting a tanker and of keeping the fuel in liquid form at minus 162 degrees Celsius (minus 260 degrees Fahrenheit).

“I think it’s more a question of who’s going to jump the gun first when it comes to floating storage,” said Oystein Kalleklev, chief executive officer of Hamilton, Bermuda-based Flex LNG Ltd., a ship-owner and operator. “I reckon the first deals will probably be balanced contango trades benefiting both traders and shipowners as traders probably need to take some risk to get the maths to work.”

High storage levels in Europe means tankers are one of the few ways to benefit from the current contango. That would also benefit companies with extensive shipping capacity and shipowners that have battled with a collapse in spot charter rates since the start of the year.

In 2018, Cheniere Energy Inc., which mainly trades the U.S. LNG it produces as well as some volumes purchased from the market, chartered out some ships and benefited from record-high shipping rates for vessels on the spot market when some parties were using the ships as floating storage.

The rates have now stabilized and are showing signs of recovery amid early inquiries for charters through the winter, according to GasLog Ltd., another ship owner.

Still, the industry has probably learnt the lessons from both 2017, when a sudden surge in Chinese LNG demand caught the market by surprise, and 2018, when early stockpiling, floating cargoes and disappointing winter demand resulted in excess LNG and lower prices, GasLog Chief Financial Officer Alastair Maxwell said.

LNG has to be chilled so it remains in the more compact liquid form that eases transportation across thousands of miles. While some of the cargo always gets used to keep temperatures low, known as boil off, newer ships help limit that problem.

“Contango is for shipowners the best dance in town as it absorbs shipping capacity,” Flex LNG’s Kalleklev said. “The key challenge with LNG storage is the cargo waste resulting from LNG being a live cargo with associated boil off. Hence, newer vessels with low levels of boil off and/or reliquefaction plants are the most suitable candidates for such trade.”