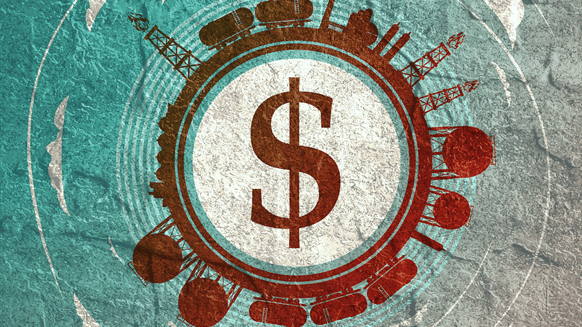 Optimism about the LNG industry's prospects has crashed into economics.

(Bloomberg) -- A plunge in prices is shaking some of the more marginal players out of the liquefied natural gas market, chilling what until recently was the hottest part of the energy industry.

Major utilities from Orsted A/S in Denmark to Iberdrola SA in Spain are exiting the business. Naturgy Energy Group SA has made no secret it isn’t comfortable with the volatility of LNG and was reported as considering an exit, and Vattenfall AB of Sweden won’t even think about entering.

The moves drain momentum from a push by companies in almost every corner of the energy industry to start trading LNG. Over the past decade, commodity trading houses and oil majors have joined other utilities such as RWE AG in building their trading desks and investing in new facilities to handle the fuel.

“Now it is a pretty painful moment for the LNG market with such low prices,” Frank van Doorn, Vattenfall’s head of trading, said in an interview. “Vattenfall doesn’t necessarily need to be active in the LNG market. It is not an obvious business case for us at the moment.”

Optimism about the industry’s prospects has crashed into economics. New export projects from Australia to the U.S. have flooded the market with new supplies at the moment that warmer weather and the coronavirus in China curbed demand. The result is brimming storage tanks in Europe and prices for the commodity testing record lows.

Lower prices are putting some LNG exporters in a complicated situation where they must decide whether to shut in production or accept losses in delivering cargoes at prices that won’t cover their own costs, according to Domenico De Luca, head trading & sales at Axpo.

“In this environment we do see some curtailments already for a few certain LNG suppliers globally,” De Luca said. “This summer I wouldn’t be surprised to see more extensive maintenance planned as some operators choose to use the low price environment to plan upkeep and repairs. We are now approaching levels that some more price-sensitive U.S. LNG shippers would make losses on full costs.”

Activity in the LNG industry reached its highest level in five years in 2018, with contracts signed to deliver a total of 123 billion cubic meters of the fuel, according to a report from the International Energy Agency. Much of this increase relates to the development and financing of new liquefaction projects. A record-setting capacity of more than 170 billion cubic meters of natural gas liquefaction got final investment decisions, or FID, last year.

While shipments continue to set new records, gas prices around the globe have fallen, and that has gutted margins for spot LNG traders, said Ewout Eijkelenboom, a senior consultant at the Dutch industry adviser Kyos Energy Consulting.

“There is too much competition, with everyone wanting to deliver into Europe, the only place with flexible demand in the world now,” he said.

A few see an opportunity in low prices. Storage sites are charging higher fees to keep gas for future months. It’s also a good moment for LNG buyers who want to sign long-term contracts from projects set to come on line in the next few years, Eijkelenboom said. They can get favorable terms from sellers eager to lock in steady customers and may turn highly profitable if the LNG price recovers.

“The LNG sector is suffering as we are in a bearish cycle,” De Luca said. “I see it as a short-term situation, more like a contingency moment.”

For Vattenfall, the high costs of entering the market at such an uncertain time makes LNG unattractive.

“LNG is a high-ticket item. You need scale, capital and resources to start that business,” van Doorn said. “The gas hubs in our market in the Netherlands and Germany are very liquid, so for sourcing our gas portfolio we don’t need LNG.”

To contact the editors responsible for this story:
Reed Landberg at landberg@bloomberg.net
Andrew Reierson