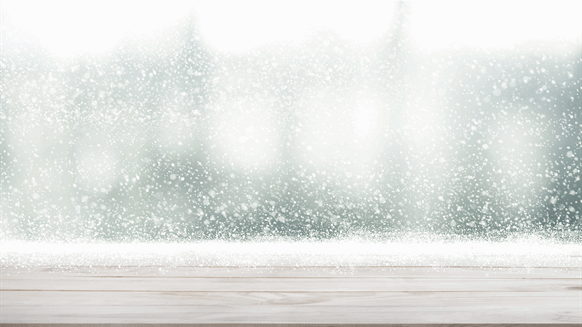 Prospects for a milder winter in Asia may make the frenzied seasonal hunt for LNG less likely this year and hurt the outlook for prices.

(Bloomberg) -- Prospects for a milder winter in Asia may make the frenzied seasonal hunt for liquefied natural gas less likely this year and hurt the outlook for prices, which have tumbled for the past seven weeks.

Weather across North Asia is expected to be warmer this winter than last year, according to four forecasters surveyed by Bloomberg, who added temperatures could come in at or above historical averages. That could weaken demand for the fuel, with storage levels in Japan, China and South Korea near multiyear-highs.

Asia’s LNG users have been stocking up on gas well ahead of the winter season to avoid a supply crunch like last year, when freezing temperatures exacerbated a Chinese-backed drive to promote cleaner-burning gas over coal and pushed prices to the highest levels since 2014. Snow in Japan last winter also compelled the country’s largest utility to purchase power from rivals as heating demand skyrocketed.

“With warmer weather expected now, the demand pull from China would be even less,” Xizhou Zhou, an analyst at IHS Markit, said by email. “The kind of tightness in the market we had seen last year will unlikely repeat.”

Spot LNG prices in North Asia have slumped for seven weeks in the longest losing streak since January 2016, mirroring a slide in oil that has given up most of its gains this year. Buyers across the region are so well-stocked with the fuel that some are considering selling or swapping cargoes.

“Last winter was persistently cold, especially in Japan, as a result of northerly flow bringing cold air down from Siberia; we do not expect the same pattern to recur,” said Richard James, a senior scientist at World Climate Service, a joint venture between Prescient Weather Ltd. and MeteoGroup. “We expect the winds over east Asia to be directed generally from the southwest this winter, which will bring much warmer conditions on average.”

El Nino, the warming in Pacific Ocean sea-surface temperatures, has emerged and there’s a high chance of it continuing through the Northern Hemisphere spring, the Japan Meteorological Agency said on Friday. The weather pattern tends to cause warmer temperatures during winters in Japan.

More weather forecasts: Weather volatility is expected to be high, especially in the second half of the winter, as warm spells alternate with a few outbreaks of unusual cold, according to World Climate Service.  Japan, South Korea and the North China Plain are forecast to have near normal winter weather, according to Radiant Solutions. Northern Manchuria is expected to have below normal temperatures.  While this winter season is expected to see occasional cold outbreaks, these are likely to occur with less frequency, and will tend to be of weaker magnitude than a more typical winter, according to MetraWeather.  Most of eastern China, South Korea and Japan may see temperatures near or slightly above normal for the winter, but there are risks of cold shots late in the season in parts of Manchuria, the Korean Peninsula and northern Japan, according to AccuWeather. Japan’s temperatures are expected to be warmer than normal from November to January, according to a late-October forecast from JMA. Warmer weather will be focused on western Japan, the agency said.