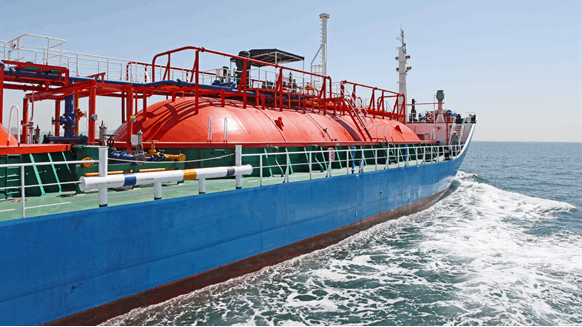 (Bloomberg) -- America is set to become an even bigger player in the global liquefied natural gas market after the nation’s top regulator approved two more projects to export the super-chilled fuel.

The approvals followed a breakthrough at the commission, which had been divided 2-2 along partisan lines over how much climate change should be factored into pipeline and LNG projects. That resulted in Venture Global LNG Inc. getting the go-ahead for its $5 billion Calcasieu Pass LNG export terminal in Louisiana in February.

Tellurian and Sempra will face fierce competition as global gas supplies soar, however. New terminals in Australia, Russia and Qatar are sending cargoes across the world, and three more U.S. projects may start up by the end of the year, putting the nation on course to challenge Qatar as the second-largest exporter. LNG prices have plunged, calling into question the economics of new plants.

”FERC’s job is not to judge which projects are the most competitive or have the best chances of finding financing,” said Jason Feer, global head of business intelligence at ship broker Poten & Partners Inc. in Houston. “So while you need FERC approval to start construction, you still need to have all of the contracts or financial commitments you need to actually execute the project.”

Since the Venture Global approval, U.S. regulators have said LNG projects will be decided on their own merits, and the Democratic commissioners have renewed calls for FERC to pay more attention to greenhouse gas emissions in its deliberations. The commission is short one member following the death of former Republican Chairman Kevin McIntyre in January.

Both projects received final environmental impact statements in January. ClearView Energy analysts said the Energy Department may issue LNG export licenses for both proposals over the next few weeks.

Still, FERC approval is no longer a clear sign that a project will definitely go ahead, according to Feer. “Neither Driftwood nor Port Arthur appear to have the offtakers” they’d need to secure financing and make a final investment decision, so, Feer said, they have “a lot more work to do in order to actually get built.”

Tellurian still plans to make a final investment decision on Driftwood sometime this year, Joi Lecznar, a spokeswoman for the company, said in an email. The project is slated to be operational in 2023. A representative for Sempra didn’t immediately respond to a request for comment.

Unlike the three U.S. LNG terminals that are already exporting, the projects by Venture Global, Tellurian and Sempra won’t be built at existing import facilities with storage tanks or ship berths. That means they may be costlier to build.