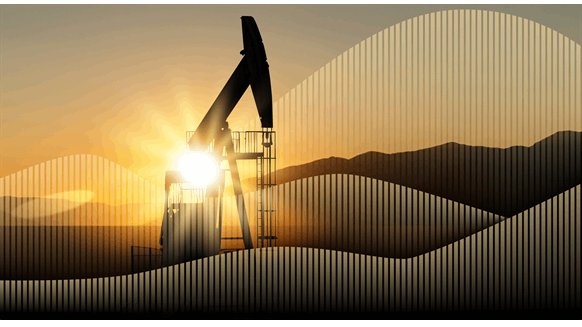 Oil rose to the highest in nearly three months.

(Bloomberg) -- Oil rose to the highest in nearly three months with positive Covid-19 vaccine developments paving the way for a more sustained recovery in oil demand.

Futures rose 5% in New York this week for a third straight weekly gain as Pfizer Inc. and BioNTech SE requested emergency authorization of their Covid vaccine Friday. Moderna Inc. also released positive interim results from a final-stage trial and said it’s close to seeking emergency authorization. Still, further gains were limited by broader market declines amid a dispute between the White House and the Federal Reserve over emergency lending programs.

“All the incremental vaccine updates are good news for 2021,” but in the meantime, “the virus spread is just going to get worse,” said Edward Moya, a senior market analyst at Oanda Corp. “We don’t have the two most important working arms of the government working together and this is going to weigh on risk appetite.”

Even with vaccines on the horizon, a recovery in oil demand faces obstacles with governments under pressure to tighten restrictions and curb the spread of the virus. U.K. Prime Minister Boris Johnson’s officials are considering tougher pandemic rules placed on broader regions of England next month after a national lockdown is set to end and the country returns to its tiered system. Meanwhile, the shift toward working from home may have a lasting chill on gasoline demand, according to Federal Reserve Bank of Kansas City President Esther George.

The recent climb in headline prices has been accompanied by significant moves in timespreads, where traders bet on the price of oil in different months. The spread between West Texas Intermediate for December 2021 delivery and the following month moved to backwardation, while the closely watched gap between December 2021 and 2022 WTI contracts is close to also flipping.

“The far out months are being bid up pretty good,” said Phil Streible, chief market strategist at Blue Line Futures LLC in Chicago. “People believe that it’s going to take some time to distribute the vaccine once they’re approved. Then things will really open up probably second half of next year.”

Pfizer and BioNTech’s vaccine could be the first to be cleared for use, but first it must undergo a thorough vetting. The filing could enable its use by the middle to the end of December, the companies said in a statement. Yet, it could take at least three weeks for a U.S. Food and Drug Administration decision.

--With assistance from Sheela Tobben and Alex Longley.