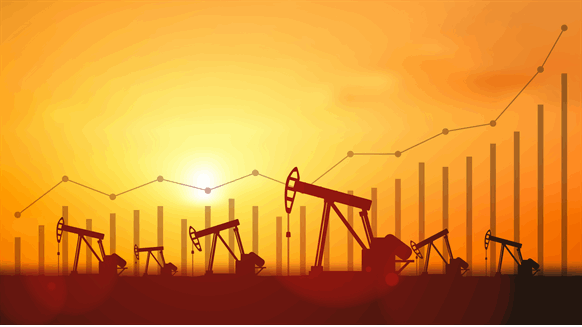 (Bloomberg) -- Oil rose to a fresh 10-month high with a weaker dollar providing support to a market already boosted by expectations for tightening global supply.

Futures climbed 1.8% in New York on Tuesday as a declining dollar raised the appeal for commodities priced in the currency. The six-day rally, the longest stretch of gains since May, has also been aided by Saudi Arabia’s pledge last week to slice output in the coming months.

“It’s been a dynamic bull trend and the market continues to anticipate inventories are going to be drawn pretty sharply as a result of the Saudi production cutbacks,” said Andrew Lebow, senior partner at Commodity Research Group. “But, at some point, when you get into these bull moves, the market tends to overshoot where the equilibrium price is.”

Oil has been on a tear after OPEC and its allies agreed to keep curbing their output, building on a rally at the end of last year on Covid-19 vaccine breakthroughs. Yet, the return to normal for both crude and fuel demand remains some ways off, as the world’s vaccination effort is still in the early stages.

Global crude consumption will likely stagnate until May, and both vaccine production and vaccination rates would need to be ramped up “massively” if the world is to transition to normality this year, consultant FGE wrote in a report. Meanwhile, gasoline demand next year won’t reach pre-pandemic levels, though diesel should eclipse its 2019 performance, the U.S. Energy Information Administration wrote in a monthly report.

Yet, Brent’s rally faces “formidable resistance” from $58 a barrel to $60 a barrel, Bank of America Global Research said in a report. Technical indicators like the 14-day Relative Strength Index signal both oil benchmarks are overbought.

Oil is also rallying along its forward curve after Saudi Arabia’s announcement to unilaterally cut production. Brent’s nearest contract has grown its premium to the following month to 9 cents a barrel, compared to a discount of 7 cents at the start of last week. The closely-watched spread between its closest two December contracts has also strengthened, signaling growing expectations for the supply and demand balance to improve.

“Getting us to April with these cuts puts us at a point where, one, seasonal demand typically starts to pick up and, two, we’ll have had a couple of months of vaccinations under our belt as a global economy, so maybe getting past the worst of the shutdowns,” said Peter McNally, global head for industrials, materials and energy at Third Bridge. “That’s certainly changing the tenor of the market to one of tightness compared to ample supply.”

Given the recent surge in oil prices and rig additions, U.S. crude production in the Lower 48 states should start to increase from the second quarter of this year, the Energy Information Administration said in a monthly report on Tuesday.

Further injecting optimism into the market, U.S. crude inventories are expected to have fallen last week, according to a Bloomberg survey. The industry-funded American Petroleum Institute will report its figures later Tuesday ahead of a U.S. government report on Wednesday.