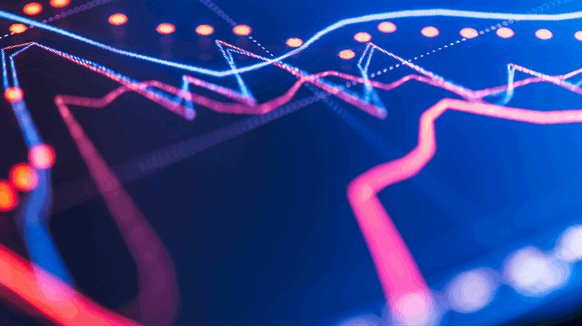 Oil dropped the most in more than a week with Gulf of Mexico production starting to resume and Libya reopening its biggest field.

(Bloomberg) -- Oil dropped the most in more than a week with Gulf of Mexico production starting to resume and Libya reopening its biggest field.

A string of supply disruptions that have supported prices subsided. Royal Dutch Shell Plc, BHP Group and Chevron Corp said they have begun resuming operations at Gulf of Mexico platforms. Earlier, Libya’s National Oil Corp. lifted force majeure on the nation’s largest field, which will reach its daily capacity of almost 300,000 barrels in 10 days, a person with knowledge of the situation said.

“Delta was mostly priced in last week on the high side,” said Michael Lynch, president of Strategic Energy & Economic Research. “People are taking the profits now that it has moved on.”

Along with supply disruptions easing in the U.S. and Libya, the cancellation of a workers’ strike in Norway is returning more output to a market facing anemic demand due to the pandemic. U.K. Prime Minister Boris Johnson will tighten restrictions as infections rise, while Italy and the Netherlands are also considering new measures. Meanwhile, the Organization of Petroleum Exporting Countries and its allies are mulling whether to proceed with a plan to restore more output in January.

“They look at the balances as carefully as anybody else, and they’re looking at what the demand picture is,” said Andrew Lebow, senior partner at Commodity Research Group. “It’s highly unlikely that they’re going to pursue a tapering strategy. If anything, they might talk about having to reduce production, rather than increase production.”

In the latest sign of refiners struggling to cope with lower demand, Italy’s Sarroch refinery in Sardinia -- one of Europe’s biggest and most complex -- will effectively operate at the minimum required rate. The move will mostly affect crude grades from Iraq and Libya, as well as Azeri Light and CPC from the Caspian, according to data compiled by Bloomberg using tanker tracking and port agent reports.

Oil prices may see some relief, as refineries still shut from Hurricane Laura in late August prepare to restart. Phillips 66 and Citgo Petroleum Corp., which had postponed the resumption of their Lake Charles refineries due to Hurricane Delta, are in the process of preparing units there for restart, people familiar with operations say. Meanwhile, Total SE’s Port Arthur, Texas oil refinery is running at reduced rates after restarting units that went down when the site lost power due to Delta.

Market watchers are also turning their attention to the U.S. election in November, for which analysts are considering various scenarios that could affect oil prices. In the wake of a Democratic sweep of the White House and Congress, a U.S. return to the Iran nuclear agreement could lead to 500,000-barrel-a-day increase of Iranian output by the third quarter of 2021, JPMorgan Chase & Co. analysts said in a report. However, the additional supply would likely be offset by demand and crude prices could rise by as much as 15% on dollar weakness and fiscal stimulus under a “Blue Wave” scenario, the report said.

--With assistance from Alex Longley, Barbara Powell and Sheela Tobben.