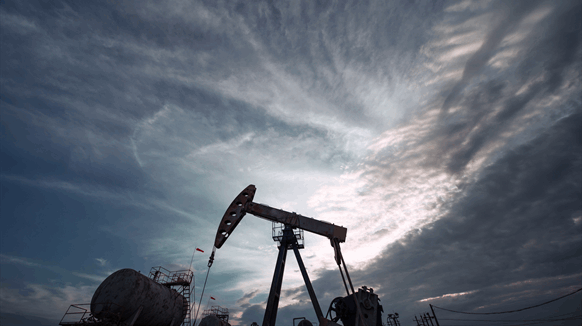 Oil reclaimed heights not seen since the pandemic pummeled prices in the spring.

(Bloomberg) -- Oil reclaimed heights not seen since the pandemic pummeled prices in the spring, with the start of the U.S. presidential transition and improved vaccine prospects infusing optimism across markets.

Prices rose 4.3% in New York to the highest since early March. The forward curves for both West Texas Intermediate and Brent have strengthened thanks to rising demand from Asia and progress toward a widespread vaccine rollout. The rally accelerated with the start of a formal transition process to U.S. President-elect Joe Biden sending The Dow Jones Industrial Average past 30,000 for the first time.

“The fact that we have more certainty on what hopefully is an orderly transition is putting some wind in the sails for crude,” said Stewart Glickman, energy equity analyst at CFRA Research. “The biggest issue ahead is how willing they’ll be to cross the aisle and enable a stimulus package to happen. That’s going to be a primary driver” for prices.

The start of the transition process for the U.S. presidency offers a welcome sense of certainty following disputes over the outcome of the Nov. 3 election. Additionally, reports that Biden is planning to tap former Federal Reserve chair Janet Yellen for Treasury Secretary is also raising hopes for more economic stimulus that could provide a much needed demand boost.

Elsewhere, a rebound in Chinese domestic flights is aiding demand for jet fuel, the hardest-hit oil product. That broad recovery has helped drive the market’s return to the bullish structure known as backwardation, where the nearest contracts rally more than the later-dated ones in a sign that supply and demand are returning to balance.

One of the most significant shifts in the shape of the forward curve is the strengthening of the so-called WTI red spread, with futures for December of next year at a premium relative to December 2022. The move to backwardation often attracts passive flows into the market, leading to further price rallies.

But while the market may be strengthening on the outlook for improved demand in the near future, the pandemic’s effects are still rippling around the globe. Total SE said it will halt its Donges refinery for several months as it’s currently unprofitable due to weak demand. Several refineries in the U.S. have shut because of the collapse in fuel demand.

While inventories at the national storage hub in Cushing, Oklahoma, should ultimately tighten, WTI timespreads face further weakness in the near term amid rising Canadian supplies and risks to refining demand, according to a BofA Global Research report. Cushing stockpiles have risen toward levels last seen in May after the WTI plunged below zero.

“Over the coming months, Canadian supply will likely recover further as oil sands operations are restored, but production in the Bakken, Niobrara, and Oklahoma will likely be nearly flat versus current levels,” the report said. “This, combined with the potential for weaker refinery demand on lockdowns could push Cushing inventories higher in the coming weeks.”

Meanwhile, in the U.S., crude inventories are expected to increase, according to a Bloomberg survey, after two weeks in a row of storage builds. The industry-funded American Petroleum Institute will reports its figures later Tuesday ahead of a U.S. government tally.

--With assistance from Alex Longley and Tiago Ramos Alfaro.