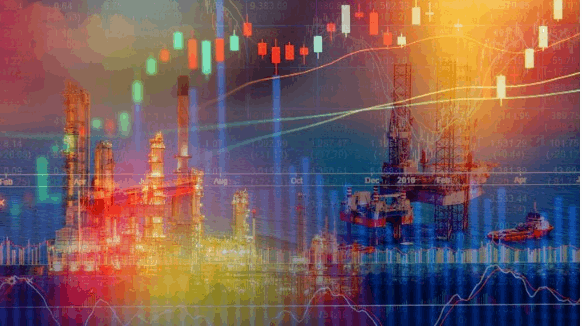 Oil pulled back from a two-week high in New York.

(Bloomberg) -- Oil pulled back from a two-week high in New York after President Donald Trump said he’s halting stimulus talks until after the election, sapping optimism for a much-needed boost in demand.

U.S. crude and gasoline futures both rose more than 3% Tuesday before giving back some of those gains after the market closed. Trump told his negotiators to stop talks with Democratic leaders on a fiscal stimulus package until after the election, which also caused stocks to tumble and bonds to soar.

“The petroleum complex desperately needed that stimulus to come through so that the economy could perk back up and refined-product demand could hopefully rebound,” said John Kilduff, a partner at Again Capital LLC. “This is a big hit to that.”

Still, oil prices are keeping some strength with U.S. Gulf operators shutting 29% of oil output in the region ahead of Hurricane Delta. The storm strengthened to a Category 4 and is expected to move through the U.S. Gulf before hitting Louisiana, already spurring some oil producers to shut platforms. At the same time, Saudi Arabia’s move to boost prices slightly for its flagship crude oil shipped to Asia signaled some strength in the physical market.

Crude was swept up in a broader market rally Monday and was aided by a strike in Norway that is affecting 11 fields and curbing flows. Nonetheless, the outlook for global oil demand remains patchy with stricter lockdowns coming into force in parts of Europe and the U.S. Italy’s government is set to order stricter rules, including a decree that masks be worn outdoors, while New York City schools in nine hotspots were ordered shut on Tuesday.

Refining margins for both gasoline and distillate have rallied this week, with the Nymex gasoline crack trading near $11 a barrel and the distillate crack up over $9 a barrel. The combined refining margin for both fuels has recovered to over $10 a barrel, though it remains at its lowest seasonally since 2010.

Improving crack spreads for refined products “could work to support the oil rally, given refiners will likely increase their appetite for crude oil on the prospects of better margins ahead,” said Ryan Fitzmaurice, commodities strategist at Rabobank. “The distillate market will need to take leadership for the oil rally to be sustainable, and especially as we head into the low gasoline demand winter months.”

Oil may not be out of the woods yet. In recent days, there have been a flurry of options trades that would profit a buyer from lower prices.

With a storm heading toward the U.S. Gulf attention is once again focusing on American oil balances. The American Petroleum Institute will release its weekly oil inventory update later Tuesday, while U.S. government data will be published Wednesday.