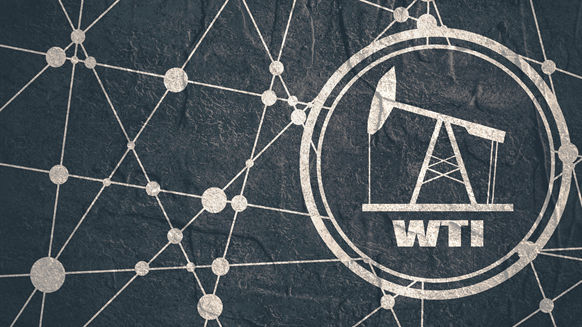 Oil erased most of its gains as futures traded in tandem with broader markets.

(Bloomberg) -- Oil erased most of its gains as futures traded in tandem with broader markets, with demand concerns prevailing over the biggest drop in U.S. crude supplies since last summer.

While futures in New York closed 0.5% higher on Wednesday, a weaker U.S. equity market ultimately pushed the benchmark down in after-market trading. A meaningful recovery in demand still appears to be a ways off. In the latest example of the pandemic’s boomerang effect in fuel markets, traffic in Los Angeles dropped sharply this past month after stricter stay-at-home measures were enforced in California, while consumption in China also weakened.

“There’s still a lot of concerns on the demand side and that contributes to stanching these rallies,” said Andrew Lebow, senior partner at Commodity Research Group. The Chinese government “is urging its citizens not to travel in what is the busiest travel time of the year. Clearly, that’s going to have an impact on demand.”

While the rally in headline crude prices has slowed, firmness in the oil market’s underlying structure has proven resilient as supplies are seen declining globally. The premium of Brent and West Texas Intermediate crude’s nearest contract has been widening over the next one in a bullish formation known as backwardation. OPEC Secretary General Mohammad Barkindo said Wednesday at an S&P Global Platts virtual conference that he is “cautiously optimistic” about an economic rebound this year and a pickup in oil demand.

In addition to the inventory decline in the U.S., supplies are also seen dropping globally, with Saudi Arabia and Iraq planning to throttle back production next month as the OPEC+ coalition seeks to shore up prices against resurgent virus infections.

The rise in U.S. exports is a “signal that global demand continues to improve and is likely stronger than here in the U.S., at least for now,” said Rob Thummel, a portfolio manager at Tortoise, a firm that manages roughly $8 billion in energy-related assets.

The U.S. government report also showed crude inventories at the nation’s biggest storage hub at Cushing, Oklahoma, declined to the lowest since July. Several U.S. refiners are delaying maintenance, an indication that more declines at Cushing are likely.

Meanwhile, while China has been a rare bright spot in an otherwise dismal demand outlook this past year, air and road travel has fallen and will have a noticeable impact on crude consumption. Rush-hour road congestion at 8 a.m. local time on Monday in both Shanghai and Beijing was below typical 2019 levels for the second straight week, according to in-car navigation data collected by TomTom. The last time congestion was down at those levels was during a public holiday in October.