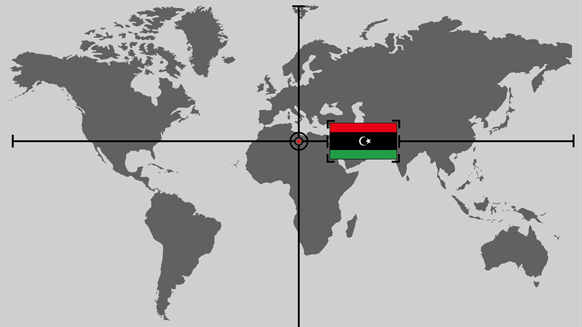 Libya is seeking funding from foreign oil companies to fix its ailing infrastructure after years of war and neglect.

(Bloomberg) -- Libya is seeking funding from foreign oil companies to fix its ailing infrastructure after years of war and neglect, the nation’s top energy official said.

The state-owned National Oil Corp. was forced to shut down a leaking pipeline on Saturday, which cut the OPEC member’s crude production by around 200,000 barrels a day.

“This gives you an indication that the infrastructure in Libya is really in bad shape,” Mustafa Sanalla, the NOC’s chairman, said during a conference hosted by the Atlantic Council. “We are now discussing with our partners how to finance and how they can help us. If the government can’t give the NOC the right budget, maybe we can take the budget from our partners.”

Total SE, Eni SpA and Repsol SA are among the firms with stakes in the country. Many of them have withdrawn foreign staff in recent years.

The NOC closed a pipeline that carries crude to the eastern oil port of Es Sider, the country’s largest. Overall Libyan output has fallen to around 1 million barrels daily, the lowest in two months, as a result.

The pipeline, almost 60 years old, may be back online in 10 days, Sanalla said.

Libya increased production from almost nothing in September to about 1.3 million barrels a day this month after a truce between warring factions enabled the NOC to reopen many fields and ports.

However, almost a decade of political strife and volatile production have starved the government and NOC of funds. The company is struggling to fix oil fields, storage tanks, pumping stations, pipelines and ports. Some have been damaged by the conflict, while others are corroding because of neglect.

Sanalla is optimistic Libya can sustain the recovery in production, despite the setback with the Es Sider pipeline. But it depends on the NOC getting more money and there being no more blockades of ports, he said.

Libya has suffered from regular shutdowns of its oil facilities by armed groups, some of them involved in the war.