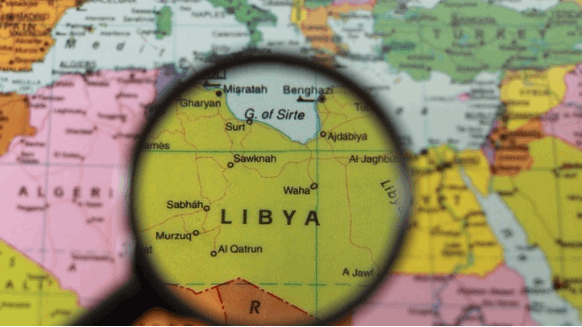 A Libyan paramilitary force charged with safeguarding the nation's oil ports blocked attempts on Wednesday to load a tanker with crude.

(Bloomberg) -- A Libyan paramilitary force charged with safeguarding the nation’s oil ports blocked attempts on Wednesday to load a tanker with crude, ignoring appeals by the state-run energy company.

The Petroleum Facilities Guard prevented the shipment a day after the National Oil Corp. warned that ongoing disruptions could severely undermine the North African nation’s output for years to come. The PFG was initially set up to protect Libya’s oil facilities but has since morphed into a force blocking its export terminals.

The NOC had earlier urged “foreign mercenaries” and other parties not to obstruct efforts to load crude from storage at Es Sider port on to the Delta Ocean, a Suezmax tanker.

The PFG’s refusal to comply speaks to the broader chaos that has engulfed the OPEC member sitting atop Africa’s largest crude reserves. Rival forces from the east and west are vying for control in a war that has drawn in regional neighbors and others in the international community. A blockade of oil facilities since January has slashed Libya’s production to a fraction of the 1.6 million barrels it pumped daily prior to the 2011 uprising that ousted longtime leader Moammar Qaddafi.

The NOC warned in a statement on Tuesday that the country is “on track for a precipitous decline over the next year and a half as a result of the illegal blockades.” It said that without rapid maintenance and repairs, Libya may only be able to produce 650,000 barrels a day by 2022.

That’s barely half of what Libya was pumping in January, before supporters of Khalifa Haftar -- who’s battling the United Nations-recognized government based in Tripoli in the west -- halted oil operations in the east, home to many of the largest fields and ports.

The NOC has said talks involving the U.S. and regional powers are underway to allow output to resume.

The NOC had instructed port authorities to allow the Delta Ocean to pick up crude immediately. On July 4, the Suezmax-class vessel indicated that it would arrive at Es Sider this week. It then changed its signal to show it was waiting for orders, according to tanker-tracking data compiled by Bloomberg and people familiar with the situation.

Last week, the NOC said force majeure, a legal status protecting a party from liability if it can’t fulfill a contract for reasons beyond its control, remained in place for all shipments. However, it added that oil companies should prepare for operations to resume in light of the U.S.-backed negotiations.

To contact the editors responsible for this story:
Paul Wallace at pwallace25@bloomberg.net
Tarek El-Tablawy, Bruce Stanley