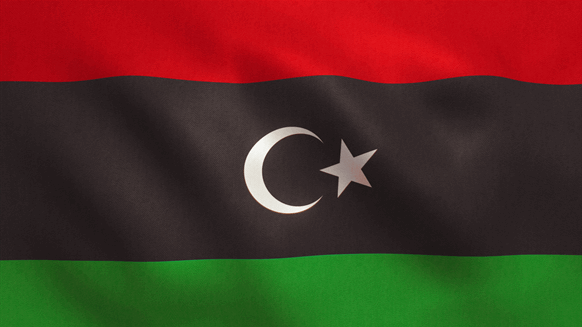 Libya's oil production dropped to about 950,000 barrels a day, its lowest in five months, after an unidentified group closed a valve on a pipeline.

(Bloomberg) -- Libya’s oil production dropped to about 950,000 barrels a day, its lowest in five months, after an unidentified group closed a valve on a pipeline linking the country’s largest oil field to an export terminal on the Mediterranean.

The Sharara field started shutting down at 10 p.m. on Tuesday, with Libya’s National Oil Corp. subsequently declaring force majeure on loading of the crude at Zawiya port. The deposit, which can pump about 300,000 barrels daily, is operated by a joint venture between the NOC and Total SA, Repsol SA, OMV AG and Equinor ASA.

Staff have tried to reopen the valve but are being prevented by armed men, the NOC said in a statement. Negotiations are underway “in an effort to restart production as soon as possible,” it said.

Force majeure is a legal status protecting a party from liability if it can’t fulfill a contract for reasons beyond its control. Sharara, which is in southwestern Libya, briefly stopped production about 11 days ago when a group shut a valve.

The country’s current, reduced output figure was confirmed by a person with knowledge of the situation who lacked authorization to speak to media and asked not to be identified.

Libya holds Africa’s largest proven oil reserves but has endured severe disruptions to its output and exports due to battles and blockades among rival armed groups. Earlier in July, before the first halt of the month at Sharara, the NOC said oil production was about 1.3 million barrels a day -- its highest in six years but still well below the level of output before the civil war that overthrew veteran President Moammar Al Qaddafi in 2011.

“This latest incident only serves to highlight the fragility of our security environment,” NOC Chairman Mustafa Sanalla said in the statement. “The loss of production at Libya’s largest oilfield severely disrupts power supply to the grid and continued funding of basic services. This is most acutely felt by communities in the south.”

OMV lowered its production forecast on Wednesday, citing a first-quarter shutdown in Libyan production as one of the main reasons. Although that particular incident was resolved, the security situation in Libya has affected the Vienna-based company’s output, Chief Executive Officer Rainer Seele said in an interview.

Libya’s oil revenue is expected to drop by as much as 17% in 2019 to $20 billion as a result of disruptions in output, Tripoli-based central bank Governor Sadiq Al-Kabir said in an interview last week.

To contact the reporters on this story:
Salma El Wardany in Cairo at selwardany@bloomberg.net;
Hatem Mohareb in Ajdabiya at hmohareb@bloomberg.net

To contact the editors responsible for this story:
Nayla Razzouk at nrazzouk2@bloomberg.net
Bruce Stanley, Michael Gunn