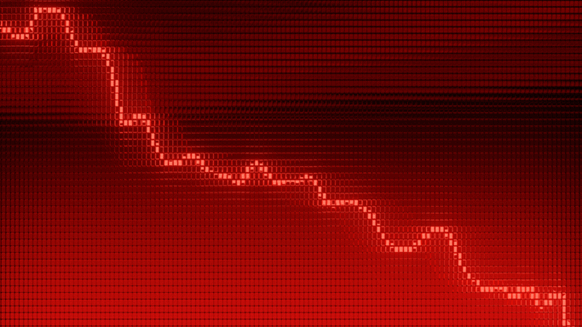 Lekoil sank to a record low in London trading after falling victim to an alleged scam.

(Bloomberg) - Lekoil Ltd. sank to a record low in London trading after falling victim to an alleged scam, leaving the future of a Nigerian oil project at risk.

A loan deal struck earlier this month is no longer valid, the company said, alleging that individuals claiming to be from the Qatar Investment Authority were in fact fraudsters. Lekoil now has until February to raise enough money to cover its drilling costs at the Ogo field, or risk losing the asset altogether.

Lekoil shares were temporarily suspended on Monday after the QIA questioned the validity of the loan. At the resumption of trading on Tuesday, the stock slumped 73% to 2.5 pence, the lowest since it debuted in London in 2013. The stock was trading at 3 pence as of 10:47 a.m. local time.

The company paid a $600,000 commission to consulting firm Seawave Invest Ltd. for introducing it to people purportedly from the QIA, and for arranging a $184 million loan for the development of the Ogo field. It’s now likely that none of the funding will be forthcoming, Lekoil said Monday.

“Lekoil has no funding for the Ogo appraisal on Block OPL 310, has most likely lost $600,000 in fees it paid related to securing the loan, and we think has serious question marks hanging over it,” said Will Wallis, head of research at Numis Securities Ltd., citing the lack of a permanent chief financial officer and its due-diligence capacity.

The company must show it’s able to raise about $12 million to drill an appraisal well at Ogo. Failure to do so may force it to seek a buyer for its 17.14% stake in the block. It’s also required to pay partner Optimum Petroleum an estimated $10 million in sunk costs and fees by February. The license expires on Aug. 2.

Following payment of the $600,000, Lekoil has $2.7 million in the bank and is expecting additional proceeds from the sale of its production in January, it said in a statement.

Lekoil said two of its independent non-executive directors will investigate the origination and execution of the loan agreement and review whether any money paid in connection with the facility can be retrieved. However, it said there’s “no guarantee” that attempts to recover any fees will be successful.

Seawave Invest hasn’t responded to requests for comment. It’s based in Accra, Ghana, according to its website, which also lists an office number in the Bahamas that goes to the voicemail of law firm Holowesko Pyform Fletcher.

To contact the editors responsible for this story:
James Herron at jherron9@bloomberg.net
Amanda Jordan, Helen Robertson