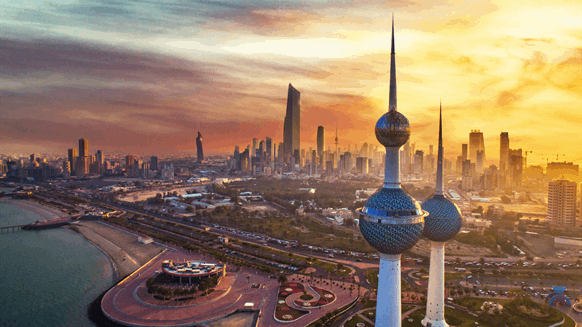 Kuwait plans to ramp up exports of diesel and airline fuel to Europe this year.

Kuwait plans to ramp up exports of diesel and airline fuel to Europe this year, going a small way to help the continent make up for a drop in flows from Russia.

The Middle Eastern country expects to raise diesel shipments to Europe fivefold from 2022 to 2.5 million tons, or roughly 50,000 barrels a day, according to a person familiar with the matter. It also wants to double sales of jet fuel to almost 5 million tons, the person said.

The European Union faces a potential fuel squeeze from Feb. 5, when it’s set to ban imports of refined oil products from Russia as punishment for the invasion of Ukraine. Diesel prices may spike to $200 barrel this quarter because the ban could trigger a global shortfall, according to Bank of America.

The EU was buying almost 1.3 million barrels a day of products from Russia as of late last year, analysts from JPMorgan Chase & Co. estimate. About half of that was diesel.

Kuwait has spent tens of billions of dollars upgrading and building new refineries in recent years. Its most significant investment has been building Al-Zour. It’s one of the largest oil refineries in the world — designed to process 615,000 barrels a crude each day — and sent its first exports of diesel and jet fuel late last year.

State-owned Kuwait Petroleum Corp.’s plans for jet fuel exclude any sales on the spot market, the person said. That means the actual amount sent to Europe may end up being higher than 5 million tons.

The first of Zour’s three lines, known as trains in the industry, is operating stably and processing more than 205,000 barrels a day, the person said. The second train should start by mid-February and the third by April, they said.

Kuwait’s total refining capacity will rise to about 1.5 million barrels a day once Zour is fully operational.

Other Middle Eastern oil producers such as Saudi Arabia and the United Arab Emirates are also expected to boost fuel exports to Europe in 2023.