Kemp: Peak Oil Demand And Its Implications For Prices 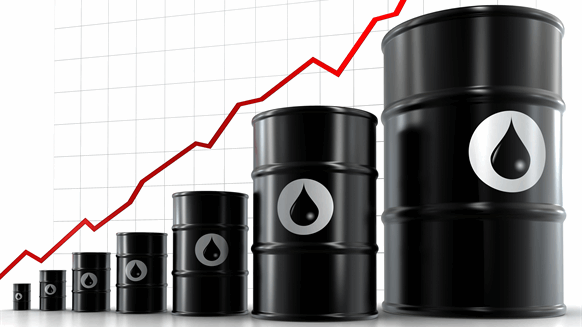 Even if oil consumption reaches a peak and then starts to fall, the world will still need large quantities of oil for many decades to come.

LONDON, Jan 19 (Reuters) - Even if oil consumption reaches a peak and then starts to fall, the world will still need large quantities of oil for many decades to come.

The prediction is contained in a thoughtful paper co-authored by Spencer Dale, chief economist of BP, and Bassam Fattouh, director of the Oxford Institute for Energy Studies.

"Global oil demand is likely to continue growing for a period, driven by rising prosperity in fast-growing developing economies," they wrote in a paper published on Monday.

"But that pace of growth is likely to slow over time and eventually plateau, as efficiency improvements accelerate and a combination of technology advances, policy measures and changing social preferences lead to an increasing penetration of other fuels in the transportation sector."

The implication is that consumption is likely to reach a maximum at some point and then start to fall, though the timing and magnitude of the peak are highly uncertain and very sensitive to assumptions.

And even once demand has peaked, consumption is unlikely to drop sharply, the authors argue, given the inherent advantages of oil as an energy source, particularly its energy density.

Under most scenarios, the world will still be consuming tens of millions of barrels of oil per day through the middle of the century.

There are sufficient known oil resources to meet all the world’s oil demand through 2050 twice over, according to BP estimates (“BP Energy Outlook”, 2017).

But given the natural decline in output from existing fields, substantial investment will be needed to turn those resources into reserves and produce them.

The predicted peaking of consumption, coupled with vast resources, and new production made possible by hydraulic fracturing and horizontal drilling have transformed the long-term outlook for the oil industry.

The dominant narrative, which before 2008 was characterised by fears about future scarcity and oil supplies running out, has been transformed into one about future abundance.

Some now worry that many of those resources will never be needed and may become stranded assets - a welcome development for climate campaigners but a potential problem for oil producers.

Rudolf Huber  |  January 22, 2018
That was - not really radical - oil demand will keep rising until it drops softly. Can you hear the snoring sound? Breakneck growth in developing economies assumes that those developing economies either develop their own consumer market which further assumes that they liberalize economically. But the big poster child for the "rags to riches" story is China and they did do it by exploiting their cheap labour by becoming the sweatshop of the world. No internal reform. The limits of this become apparent now. China has become a giant on clay feet. And growth in developing copycats can only continue while developed world countries continue fattening their economies with free money from the Central Bank. We know where that ends - which also puts some question marks on developing country growth - because reforming their own economies they will not - most likely so.