It Pays to be Thin at Pemex 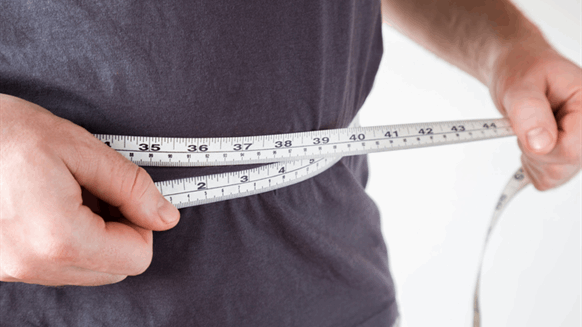 Under Petroleos Mexicanos’s new collective bargaining contract with its union, workers who meet certain body weight standards will receive a “health incentive” of 5,545.40 pesos ($287) a year. To qualify, they must have a body mass index, or BMI, of not more than 25 -- or a maximum waist circumference of 90 centimeters (35 inches) for men and 80 centimeters (31 inches) for women. The so-called health bonus is a 4.6% increase from the last union contract.

The policy runs counter to recommendations by health experts, who warn that BMI and other bio-metric markers are influenced by genetics and environmental factors, and aren’t easy to control. “Employers mandating differential treatment of individuals based on BMI serve to institutionalize the already pervasive stigmatization of obese people,” according to one report from The Obesity Society in Maryland.

Pemex and its union did not immediately respond to requests for comment.

“This is an uninformed policy,” said Dr. Scott Kahan, director of the National Center for Weight and Wellness in Washington. “It’s inconsistent with the science of what we know about body weight regulation and it’s tone deaf to progress being made in societal perceptions around obesity. On top of all of that, we have very strong scientific data now that weight shaming causes more weight gain.”

Pemex workers who are overweight or obese and decrease their weight by 10% annually will also get the bonus, and there are metrics for blood glucose levels, blood pressure and cholesterol, according to the contract seen by Bloomberg. Details of the contract, including a bonus for “productivity” equivalent to 30.85% of workers’ salaries, were first reported in national newspaper Reforma.

A more productive method of encouraging wellness among employees is to incentivize healthy behaviors, said Kahan. These can include giving workers’ insurance rebates for trips to the gym, or encouraging participation in lectures on healthy eating and living. Also, companies can reduce sweets and provide healthier snacks in the office, or give employees’ more time during their lunch break to buy wholesome food or exercise.

“There are a lot of companies big and small that are moving forward on this in much better and much more productive ways,” said Kahan.