Is Salary Becoming Less Important in Oil and Gas? 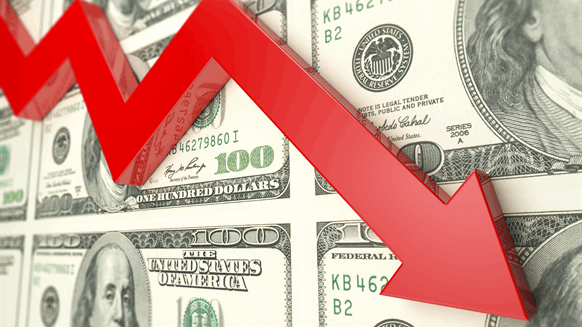 Rigzone's latest Ideal Employer Survey showed a drop in ranking for the attribute of a competitive salary.

In Rigzone’s latest annual Ideal Employer Survey (IES), the attribute of a competitive salary ranked third in a list of top 23 attributes, scoring 81 percent out of 100.

So, what’s going on? Is a competitive salary becoming less important to oil and gas professionals?

According to Christopher Melillo, the founder and managing partner of Kaye/Bassman’s Energy Practice, the answer to that question is “yes”.

“One reason is that most positions are still compensated at a higher rate than many other professions and most professionals in the oil and gas space enter the job market, or stay with current employers, because they are fairly compensated,” Melillo told Rigzone.

The Kaye/Bassman representative revealed that he is seeing the attribute become less important for oil and gas professionals in his day-to-day dealings with this group.

Offering his opinion, Jeff Bush, president and founder of CSI Recruiting, told Rigzone that a competitive salary is still important, but added that the drive to be paid “above market” is “less prized” than in prior years.

“As the industry continues to be volatile, both in pricing and the resulting hiring swings, job security and the future of the company seems to be more important to our candidates than obtaining the maximum salary,” Bush said.

“The logic goes that there's no use in having an above-market pay package if the company's going to lay me off or cease to exist in 12-months,” he added.

“None of this is to say that skilled oil and gas professionals will take bargain-basement salaries. No, the low-paying firms still have trouble attracting good talent,” Bush stated.

Anoop_P  |  October 08, 2019
It is very difficult to believe commitment to health and safety is the top attribute when selecting a job.
Paul  |  September 21, 2019
I think this article speaks a lot about the situation in O&G and other industries: https://www.nytimes.com/2019/09/17/style/generation-z-millennials-work-life-balance.html
Grant Pierce  |  September 17, 2019
Salary is not becoming less important. The trend down is because the business DOES NOT pay any longer. You make more money working at walmart
Melanie D Hartman  |  September 13, 2019
I am seeing this first hand in the northeast. People banked on the idea of finishing out their careers in the oil field service industry even with lower wages, but this does not seem to be reality. The northeast is falling apart like the 2008 and 2015 crash. Companies are looking to either layoff field employees, or reduce the employees wages to the point they won't be able to work for them.
jbprice  |  September 11, 2019
"As the industry continues to be volatile, both in pricing and the resulting hiring swings, job security and the future of the company seems to be more important to our candidates than obtaining the maximum salary,” Bush said." So where does JOB SECURITY fall within the categories captured in the survey? It wasn't entirely obvious to me anyway.
Fuh Jerry Niba  |  September 11, 2019
Am from Cameroon west Africa, before you sign a contract going to offshore with a good salary which could take care of your bills and health in the family. But today projects have become greedy in such a way that the employee don't care if you live, all they want is for the work be realise. What a shame for us.
Patrick  |  September 11, 2019
You are on the field, you are young and able to do something else... Leave this Sh... Believe me! more than 30 Years for Well Services companies.
Luis Medina  |  September 11, 2019
Interesting result, I would have appreciated a different title.
Taylor  |  September 11, 2019
No, next question.