Is Permian's Parsley Energy a Top Target for Buyers? 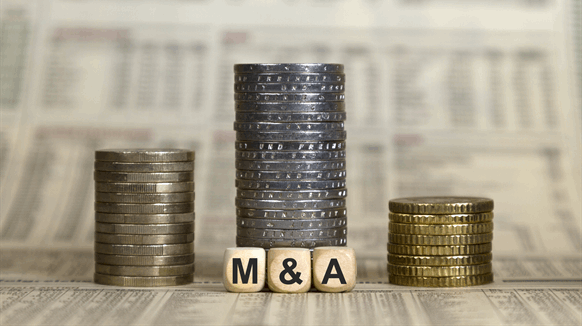 But major producers are wary of scooping up smaller rivals as would-be sellers are demanding too much money.

(Bloomberg) -- Parsley Energy Inc. said it would be “attractive” for any potential buyer as the U.S. shale driller expects to generate positive free cash flow in the back half of this year.

“We are attractive for purchasers whatever type of investor it is,” Chief Executive Officer Matt Gallagher said in a phone interview on Thursday. “That’s always a goal, an objective of ours.” He declined to say whether the company had been approached about a deal.

Last month’s $38 billion takeover of Anadarko Petroleum Corp. by Occidental Petroleum Corp. fueled speculation that an M&A spree could follow among companies exploring for oil in the Permian Basin, which straddles Texas and New Mexico. But major producers including Exxon Mobil Corp., and Chevron Corp. have said they are wary of scooping up smaller rivals as would-be sellers are demanding too much money.

Scott Sheffield, the CEO of shale producer Pioneer Natural Resources Co., recently cited Parsley, which was founded by his son, as being among the top targets in the Permian.

“We are in a small handful of companies that have some of the best rock and a healthy business model and a very long runway of inventories,” Gallagher said. “There are four or five good companies that always go to the top of that conversation.”

Gallagher sees “healthy consolidation” among independent drillers operating in the world’s biggest shale basin over the next decade.

There’s been a “pickup in M&A questioning but not a material pickup in M&A discussions,” Gallagher said. Acquisitions are “complicated and you have to be able to underwrite a commodity view for a sustained period of time.”

The CEO anticipates a more gradual pace of deal-making, with one to two big announcements and 10-20 smaller ones a year going forward.

Executives at some of the biggest oil producers have been talking down the prospect of deals in the Permian, saying they won’t be bailing out struggling drillers anytime soon.

“There’s a component of hardball but there’s also some reality that everybody’s really focused on their own models,” Gallagher said. “They also want to deliver on what they say before they go shopping.”

Parsley has declined 37% over the past 12 months, compared with a 21% drop in the Russell 1000 Energy Index. The shares were down 1% at $17.27 as of 10:12 a.m. in New York. Investors have soured not only on the Permian but the oil industry in general given the slump in oil prices and a failure to rein in costs.

After being in exploration mode between 2012 to 2017, the shale sector hasn’t switched to delivering returns as quickly as it should have. “Patience is up from an investor standpoint and we have to start showing returns on the income statements," Gallagher said.

Although the driller hasn’t been active on the acquisitions front this year or last, Gallagher played down the possibility it could be left behind by its rivals.

“It’s like riding a bike -- you don’t lose it. And the focus is on fundamental value drivers so there’s no need to just get bigger to say you’re getting bigger.”

To contact the editors responsible for this story:
David Marino at dmarino4@bloomberg.net
Mike Jeffers, Simon Casey

Straightholeistherighthole  |  June 15, 2019
No. This is hot potato. Who ever buys anyone out right now is going to drown in debt.
Sam  |  June 14, 2019
Given the CEO just said the company is for sale any smart employee has hopefully started looking for a new job. What a way to create a toxic work environment.