Iraq to Slash Oil Exports by at Least 15 Percent 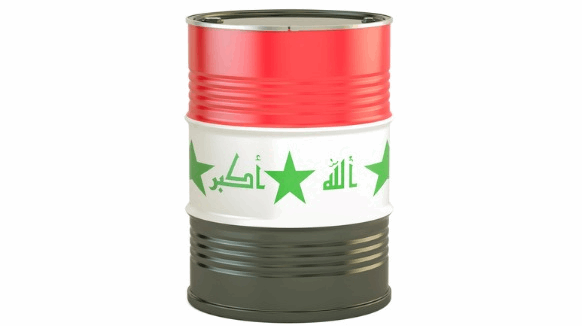 Iraq has asked IOCs operating in the country, including BP, Exxon and Lukoil, to start curbing production.

(Bloomberg) -- Iraq said it will cut oil exports by at least 15% this month to meet a production cap under an OPEC+ agreement that’s sparked a rally in crude prices.

The second-biggest producer in the Organization of Petroleum Exporting Countries will ship about 2.8 million barrels of crude a day in June, Oil Minister Ihsan Abdul Jabbar said late Sunday on the Al-Sharqiya channel. While Jabbar did not specify if the figure excluded sales from the semi-autonomous Kurdish region, Baghdad officials usually leave those out of their forecasts.

Iraq exported 3.26 million barrels day in May from central-government operated fields in the south and center of the country, and 3.61 million when Kurdish output from the north is included, according to data compiled by Bloomberg.

“Compliance is in our interest,” said Jabbar, who was appointed this month. Otherwise, oil prices “could slide and at the end of the day we will be the biggest losers.”

The OPEC+ alliance agreed to record output cuts of nearly 10 million barrels a day through July as the coronavirus pandemic decimated energy demand. The group of 23 nations, led by Saudi Arabia and Russia, aims to support a rally that’s seen Brent crude nearly double to about $38 a barrel since late April, paring its loss this year to 42%.

The failure of members such as Iraq, Nigeria and Angola to meet their quotas has threatened the accord, with Riyadh and Moscow pushing for full compliance.

Iraq has asked international oil companies operating in the country, including BP Plc, Exxon Mobil Corp. and Lukoil PJSC, to start curbing production, Jabbar said. They should do it without reducing natural gas output and while maintaining supplies of light grades of Basrah crude, he said.

BP has been told to cut production at the nation’s biggest field of Rumaila in the south by 10%, according to a person familiar with the matter.

This year’s crash in energy prices has hit Iraq harder than most other major producers. Its annual budget deficit is forecast to swell to 22% of gross domestic product, higher than anywhere else in the Middle East and North Africa, according to the International Monetary Fund.

Iraq will sell its crude for about $34 a barrel this month and $40 in July, Jabbar said. At those prices -- which compare with $14 for April and $21 for May -- Iraq’s oil revenue in June will exceed $2.5 billion, said the minister, who was previously the acting director general of state-owned Basrah Oil Co.

The government is trimming oil use by domestic refineries and directing Kurdish authorities to cap exports at 370,000 barrels a day, Jabbar said.

Last month, the country’s overall output, including domestic sales, of 4.2 million barrels a day exceeded its OPEC+ limit by roughly 600,000 barrels, according to data compiled by Bloomberg.

To contact the editors responsible for this story:
Paul Wallace at pwallace25@bloomberg.net;
Sebastian Tong at stong41@bloomberg.net
Bruce Stanley