Iran Wants the Public to Invest in Oil 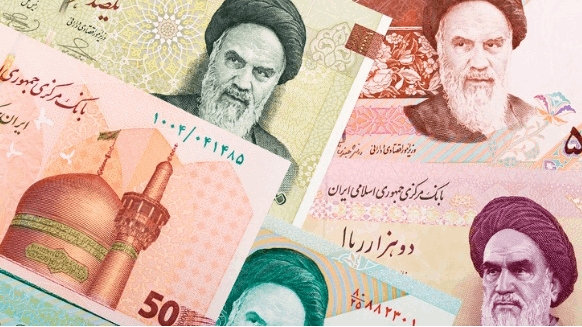 Iran plans to enable members of the public to invest in oil on its capital markets for the first time.

(Bloomberg) -- Iran plans to enable members of the public to invest in oil on its capital markets for the first time, as the government looks for ways to strengthen an economy pummeled by U.S. sanctions and a major coronavirus outbreak.

President Hassan Rouhani said on Tuesday that the plans had been ratified by Iran’s Supreme Council of Economic Coordination, according to the Oil Ministry’s news service. He said officials hoped to tap “high levels of liquidity” -- or cash supply -- in the economy.

“The stock market and oil -- not gold and the dollar -- are the places to be investing and we want to help people this way,” Rouhani told his cabinet on Wednesday in Tehran, according to state TV.

The president gave no other details of how the mechanism would work, but on Monday the semi-official Eqtesad News website reported that it would involve “pre-selling” some 220 million barrels of oil on Iran’s energy exchange, IRENEX, through Islamic “salaf” bonds, securities similar to futures.

The government already sells crude and hydrocarbon products on IRENEX to domestic refineries and traders.

“The plan will enable the government to create a domestic market using the oil that’s not being exported and it allows people to invest in a commodity that’s safe,” said Massoud Gholampour, an analyst at Novin Investment Bank in Tehran.

The proposal could also take the form of an exchange-traded commodity, which would be a first for Iran, Gholampour said.

Also on Tuesday, Oil Minister Bijan Namdar Zanganeh announced plans for a fund on the Tehran Stock Exchange to include shares in subsidiaries of National Iranian Oil Refining and Distribution Co.

The announcements are part of a broader drive by Rouhani to monetize some state assets and offset a deepening budget deficit. It follows the April sale of a 10% stake in the Social Security Investment Co., one of Iran’s largest state-managed investment funds.

The Trump administration’s “maximum pressure” strategy against Iran aims to reduce its oil exports -- a crucial source of revenue -- to zero. Overseas sales dropped from 2.5 million barrels a day in April 2018 -- the month before the U.S. left the multiparty nuclear deal -- to just under 200,000 barrels in July, according to Bloomberg’s latest tracking data.

To contact the reporter on this story:
Golnar Motevalli in London at gmotevalli@bloomberg.net

To contact the editors responsible for this story:
Lin Noueihed at lnoueihed@bloomberg.net
Mark Williams, Amy Teibel