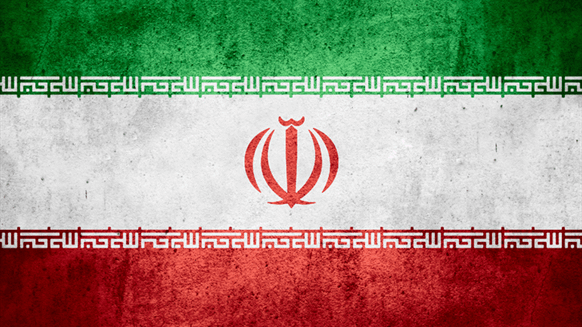 (Bloomberg) -- Iran’s Revolutionary Guards seized a foreign oil tanker in the Persian Gulf on July 31, compounding concerns about the safety of shipping in a region crucial to oil exports.

The vessel -- the third foreign ship seized by the guards in the Gulf since July 14 -- is suspected of smuggling a large volume of fuel, the Guards said on their Sepah News portal, without giving any details about the flag or nationality of the ship or its operator.

The ship was carrying 700,000 liters (4,403 barrels) of smuggled fuel when it was seized near Farsi Island in the western part of the Gulf, off Iran’s southwestern coast, Sepah News reported. That’s about 400 miles (640 kilometers) from the Strait of Hormuz, which has been at the center of Iran’s standoff with the West in recent weeks.

Iran’s state-run Press TV reported that the seized ship is an Iraqi tanker that was delivering the fuel to some Arab countries in the Persian Gulf. Iraq’s oil ministry denied it was one of theirs.

The allegedly smuggled volume is a minuscule amount in oil terms: the largest supertankers are capable of hauling cargoes of 2 million barrels.

Even so, the impounding of the ship could escalate the tensions that have flared in the region’s waters as Iran resists U.S. sanctions that are crippling its all-important oil exports and hits back after one of its ships was seized July 4 near Gibraltar. Iran grabbed a British tanker, the Stena Impero, in Hormuz two weeks later and continues to hold it.

The passage at the mouth of the Persian Gulf accounts for about a third of the world’s seaborne oil flows. To reduce the risks of navigating the waterway, the Royal Navy has started to escort British ships, and a plan for a European naval mission is taking shape.

The U.S. has embarked on a parallel operation that the Europeans are wary of joining for fear of being identified with President Donald Trump’s “maximum pressure campaign” against Iran and its economy. In response to that campaign, Iran has abandoned restrictions on uranium enrichment, downed a U.S. drone and test-fired a ballistic missile. It’s also been accused of carrying out a number of attacks on tankers near Hormuz.

According to Sepah News, the ship seized last week had loaded fuel from other vessels before it was impounded. It was taken to Bushehr port on Iran’s southwest coast, and its cargo was confiscated and handed over to the National Oil Distribution Company of Iran. All seven foreign crew members were arrested.

To contact the reporters on this story:
Shaji Mathew in Dubai at shajimathew@bloomberg.net;
Arsalan Shahla in Tehran at ashahla@bloomberg.net

To contact the editors responsible for this story:
Riad Hamade at rhamade@bloomberg.net;
Shaji Mathew at shajimathew@bloomberg.net
Amy Teibel, Paul Jarvis