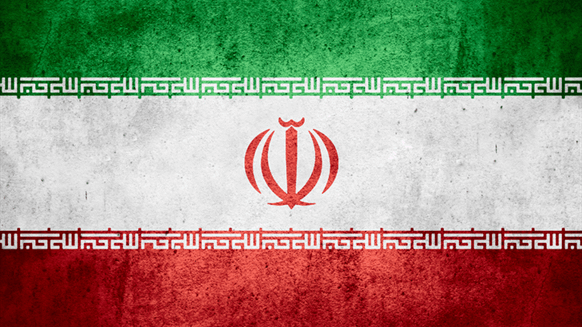 An oil tanker that had gone missing in the Persian Gulf had technical difficulties and was towed into Iranian waters for repairs, an Iranian foreign ministry official said, according to the ISNA news agency.

(Bloomberg) -- A small oil tanker that had gone missing in the Persian Gulf had technical difficulties and was towed into Iranian waters for repairs, an Iranian foreign ministry official said, according to the ISNA news agency.

Further details on the ship, the Panamanian-flagged Riah, will be announced later, Foreign Ministry spokesman Abbas Mousavi said, according to the semi-offficial ISNA. Iran responded after a request for assistance from the tanker, the report said.

The Iranian comments did little to clarify exactly what happened to the Riah. The vessel was passing through the Strait of Hormuz, the shipping chokepoint at the mouth of the Gulf, before it went silent more than two days ago in unexplained circumstances, according to the Associated Press. The news agency said the U.S. “has suspicions” that Iran took control of the tanker, citing an unidentified defense official.

The disappearance was first reported by CNN, which said U.S. intelligence increasingly believed the tanker had been forced into Iranian waters by Iran’s Islamic Revolutionary Guard Corps but that some Gulf sources suggested the ship simply broke down and was towed by Iran.

Earlier, a United Arab Emirates official said the ship isn’t owned or operated by the U.A.E. and hadn’t sent out a distress call.

While details are unclear, if the Riah was seized, it would seem an unusual target for Iran. The vessel is 30 years old and tiny. Its capacity is 2,000 dead weight tons, according to the MarineTraffic website. That’s only a fraction of the almost 160,000-ton capacity of the British Heritage, the U.K. oil tanker harassed by Iranian ships last week while exiting the Persian Gulf.

While Iran has been blamed for attacks on merchant shipping in recent months, it has denied responsibility. The main threats it has made in the past few weeks have been against the U.K. after British Royal Marines helped authorities in Gibraltar seize the supertanker as it carried Iranian crude in the Mediterranean Sea seemingly bound for Syria.

In May and June, six tankers were attacked just outside the Gulf. A British Navy frigate intervened this month to stop Iranian boats from blocking the BP Plc-operated British Heritage as it was exiting the waters.

The U.S. Navy’s 5th Fleet, which is based in Bahrain, declined to comment when contacted by Bloomberg.

--With assistance from Anthony DiPaola and Golnar Motevalli.

To contact the editors responsible for this story:
Lin Noueihed at lnoueihed@bloomberg.net
Bill Faries, Larry Liebert