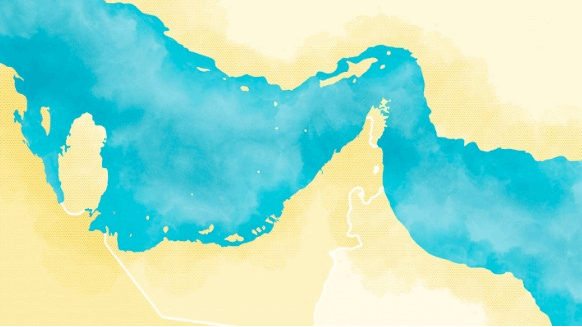 Iran's Islamic Revolutionary Guard Corps opened a new naval base along one of the world's busiest oil transit routes.

(Bloomberg) -- Iran’s Islamic Revolutionary Guard Corps opened a new naval base along one of the world’s busiest oil transit routes on the Persian Gulf as frictions with the U.S. and its allies in the region loom over security in the waterway.

The Shaheed Rahbari base near the port of Sirik, on the eastern side of the Strait of Hormuz, took six years to build and will give Iran “full control” of various vessels that use the channel, the Persian Gulf and the Sea of Oman, a report on Press TV’s website said, citing an opening ceremony attended by IRGC commander Major General Hossein Salami.

“The country’s combat operations, ship operations, reconnaissance as well as defensive and offensive operations in the Persian Gulf will further develop,” Salami was quoted as saying on Thursday.

On Wednesday the IRGC said it had flown a surveillance drone over a U.S. aircraft carrier, the USS Nimitz, as it transited through the Strait of Hormuz last week, the semi-official Tasnim news agency said. Its report included aerial pictures of the vessels which it said had been taken by the unmanned aircraft.

Thursday’s announcement comes a month after the United Arab Emirates, Iran’s neighbor across the Persian Gulf, normalized relations with Israel, opening the way for it to have an official presence in the waterway for the first time.

Tensions between Iran and the U.S. have escalated dramatically since President Donald Trump withdrew from the 2015 nuclear deal two years ago and reimposed stringent sanctions on the Islamic Republic, triggering a security crisis in the region.