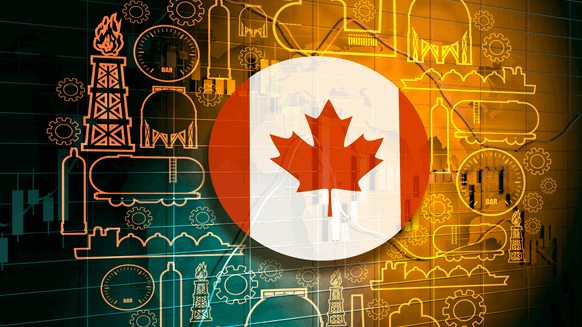 Seven Canadian natural gas producers are teaming up with a West Coast Indigenous group to propose a new LNG facility.

(Bloomberg) -- Seven Canadian natural gas producers are teaming up with a West Coast Indigenous group to propose a new liquefied natural gas facility for British Columbia’s coastal waters, after years of failed industry efforts to make such projects a reality.

The Nisga’a Nation partnered with Rockies LNG Partners, whose members include ARC Resources Ltd. and Birchcliff Energy Ltd., and Houston-based Western LNG to develop the facility and marine terminal on Nisga’a treaty lands north of Prince Rupert, the project proponents said Monday in a statement.

The proposal is in its early stages, with the group filing an initial project description with federal and provincial governments as part of an ongoing “first phase of engagement” before finalizing the design and seeking environmental approvals. The Ksi Lisims LNG project will be designed to produce as much as 12 million metric tons of LNG annually and receive 1.7-billion to 2-billion cubic feet of natural gas daily after operations begin in late 2027 or 2028.

Canadian LNG projects are finally being sanctioned after years of delays and rising costs prompted some projects to be canceled. In the biggest project, a consortium called LNG Canada that includes Royal Dutch Shell Plc, is pushing ahead with construction of LNG Canada in Kitimat, B.C. The Haisla Nation and Pembina Pipeline Corp. announced a partnership last month to also build an LNG project in Kitimat. Western Canadian energy companies see LNG as a way to boost depressed prices for their gas.

The Nisga’a have been working for close to a decade to attract a “world-leading” LNG project to help fulfill a longstanding priority of attracting an economic base to the region, Nisga’a Nation President Eva Clayton said in the statement. The facility, infrastructure and upstream activities are estimated to generate $55 billion ($43 billion) in direct and indirect economic impacts.

“This project will be important to the global LNG industry as it navigates the energy transition,” Western LNG CEO David Thames said in the statement. “Fueled by clean British Columbia hydro power and supplied by low carbon Canadian natural gas, Ksi Lisims LNG will achieve one of the world’s lowest unit carbon emissions rates for a large-scale LNG export project.”

--With assistance from Robert Tuttle.