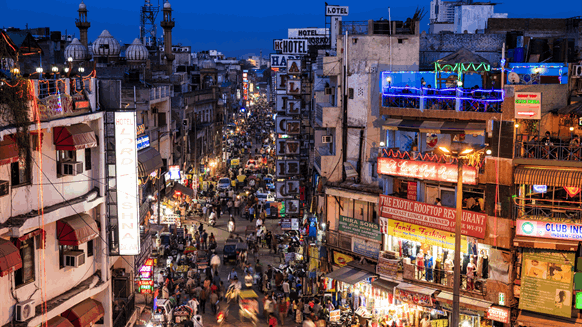 State-owned oil companies - Indian Oil, Bharat Petroleum and Hindustan Petroleum - are planning to raise gas contributions to between 5 and 15 percent of their incomes over the next few years, up from nearly none now, company executives said.

This in line with a government target to raise the natural gas portion of India's primary energy mix to 15 percent by 2030, up from 6.5 percent now, to help meet climate targets and rein in rampant pollution.

The increase would come mostly at the expense of coal, which is dirtier than gas and is India's most-used energy source. Liquefied natural gas (LNG) imports will cover the greater part of the growth, although the government also hopes to recover untapped domestic reserves off its east coast.

"Gas is an important part of our portfolio going forward," M.K. Surana, chairman of HPCL told Reuters, noting that the government push was expediting the development of gas in India.

With China, Pakistan and Bangladesh also increasing gas use, the surge in Asian demand is expected to help eat up a global glut of LNG supplies by 2021-2022.

BPCL, another leading Indian refiner, sees natural gas pulling in 5 to 10 percent of its overall revenue in less than a decade, from barely any now, its director of refineries, R. Ramachandran, told Reuters.

India's natural gas consumption is expected to rise to 70 billion cubic metres (bcm) by 2022 and 100 bcm by 2030, according to a government think tank and the Oxford Institute of Energy Studies, up from 50 bcm now. India burns just 7 percent of what top user the United States consumes in a year with about a quarter of India's population.

At 100 bcm, India would move into the top 10 of global natural gas consumers at current consumption figures.

India needs to invest an estimated $100 billion in natural gas infrastructure by 2022, according to Oil Ministry figures, including setting up a gas grid across 228 cities. A major chunk of this investment would come from the state oil companies.

HPCL, soon to be taken over by state-owned explorer Oil and Natural Gas Corp, is planning to expand its natural gas businesses via joint ventures, including its city gas distribution unit.

BPCL said it has also gone after city gas licenses and secured rights to supply gas to households and vehicles in four cities starting 2016/2017.