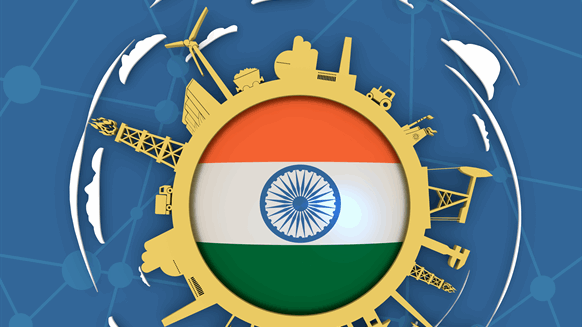 India state-run refiners resumed raising retail gasoline and diesel prices after a three-week hiatus that coincided with the run up to elections in a southern state.

(Bloomberg) -- India state-run refiners resumed raising retail gasoline and diesel prices after a three-week hiatus that coincided with the run up to elections in a southern state.

Prime Minister Narendra Modi’s target of keeping inflation in check has made fuel prices a sensitive issue in India, where the ruling Bharatiya Janata Party is contesting several state elections ahead of a general election next year. While the government has said it hasn’t given fuel retailers any directives over prices, the timing of the recent freeze and subsequent resumption has raised speculation that fuel prices are being used to bolster support at the polls.

“It was only because of elections that the pricing was put on hold,” said Nitin Tiwari at Antique Stock Broking. “Now that the elections are over they will continue to revise the prices.”

Results from elections in the state of Karnataka are due Tuesday after polls closed Saturday. Modi’s Bharatiya Janata Party has at least five more states to contest -- including Rajasthan, Madhya Pradesh and Odisha -- before the national polls in 2019.

Prices of diesel, the most-used fuel in India, are hovering around record levels in the South Asian nation, which imports more than 80 percent of its annual crude oil requirement. Gasoline prices are at the highest in more than four years.

“An increase was imminent now as the elections are over and revisions will be more regular once again,” said Deven Choksey, managing director of K.R. Choksey Shares & Securities Pvt. “I’m not not sure if they will be able to recoup the losses for not changing prices in the past few weeks.”

Refiners will try and raise prices by about 2 rupees a liter to make up for the shortfall because of the unchanged rates, Antique’s Tiwari said.