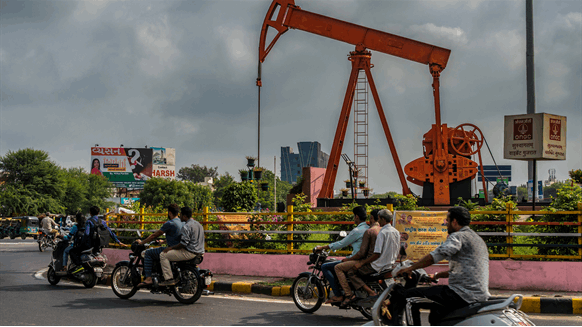 The proposal reportedly would peg the price to the popular benchmark Japan-Korea Marker.

The proposal being considered by the oil ministry pegs the price to the popular benchmark Japan-Korea Marker that is used for LNG tariff in North Asia with a discount, the people said, asking not to be identified as the discussions were private. India’s oil ministry has formed a panel to study the plan and explore other options to make gas production remunerative, they said.

Price of natural gas produced from domestic fields that were handed over to ONGC and Oil India Ltd. have fallen to the lowest in a decade and are below the imported price of the fuel. Prices are linked to some international gas markets such as the U.S., Canada, Russia and the U.K. A global glut that led to a price crash is threatening to undermine investments and turn gas businesses of ONGC and Oil India unviable.

ONGC’s average cost of gas production is about $3.7/mmBtu, the company said on June 30 while the current regulated price of natural gas is $2.39 per million British thermal unit, which is estimated to further decline to about $1.9/mmBtu for the next six months beginning Oct. 1, the people said. An oil ministry spokesman declined to comment.

“Domestically, the extremely low gas prices are a cause of anxiety for gas producers,” ONGC said in its latest annual report, adding most gas projects are running cash-negative at current tariffs. “Without the necessary policy support and fiscal incentives the prospect of a gas-based economy looks difficult.”

Prime Minister Narendra Modi aims to increase the share of natural gas in India’s energy mix to 15% by 2030 from about 6%. The government has announced several reforms, including the freedom to price and market natural gas from new production, to attract investments in gas production.

The oil ministry’s panel, comprising officials from the Petroleum Planning and Analysis Cell, ONGC, Oil India Ltd. and GAIL India Ltd., is also looking at options to minimize the impact on end consumers from setting of a floor price, the people said.

India will phase out price controls in natural gas and make it market-linked, Oil Minister Dharmendra Pradhan said at the BloombergNEF Summit in June.