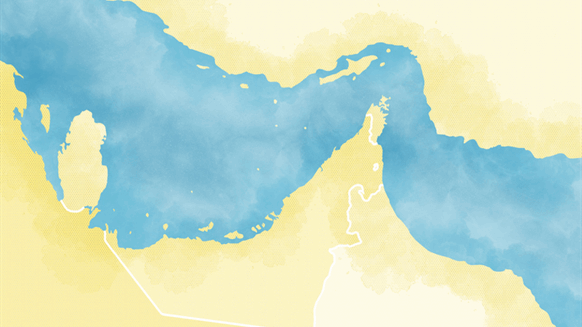 Iran's Islamic Revolutionary Guard Corps held military drills off the Strait of Hormuz on Tuesday, according to a statement on its Sepah News website.

(Bloomberg) -- Iran’s Islamic Revolutionary Guard Corps held “large-scale” military drills off the Strait of Hormuz on Tuesday, according to a statement on its Sepah News website.

The exercise involved naval and air forces and the Nour satellite Iran launched into orbit earlier this year was part of it, Sepah News reported. The drills concluded with an “operation against a mock” U.S. aircraft carrier, the semi-official Tasnim news agency reported.

The Strait of Hormuz is a chokepoint through which about one-third of the world’s oil passes through.

To contact the reporter on this story:
Arsalan Shahla in Tehran at ashahla@bloomberg.net

To contact the editor responsible for this story:
Shaji Mathew at shajimathew@bloomberg.net