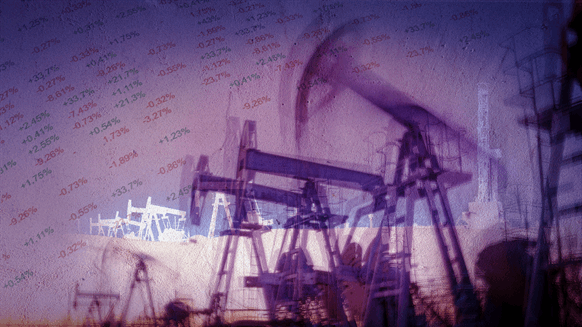 The IEA welcomes the oil market's return to surplus.

Inventories in industrialized nations have increased for four straight months and are set to jump by 2 million barrels a day next half if current output is maintained, the IEA said in its monthly report. The supply boom has seen prices tumble from a four-year high, offering respite to consumers in emerging markets worst affected by crude’s rally.

“Rising stocks should be welcomed as a form of insurance, rather than a threat,” the agency said Wednesday. “The response to the call by the IEA and others to increase production is a reminder that the oil industry works best when it works together.”

The IEA warned last month that high energy prices could present a risk to global economic growth. Benchmark crude futures soared in early October on fears that American sanctions against Iran would crimp supply. Yet a production push in Saudi Arabia, Russia and the U.S., as well as unexpected U.S. waivers for some buyers of Iranian crude, have provided the market with a buffer to potential supply shocks.

“Global oil supplies are growing rapidly, as record output from Saudi Arabia, Russia and the U.S. more than offsets declines from Iran and Venezuela,” the IEA said. The report comes a day after the agency’s director, Fatih Birol, said key producers have behaved responsibly in boosting production, and that trying to raise prices now would be “not the right thing to do.”

Stockpiles are now increasing against the seasonal norm, and are likely to exceed the five-year average for the first time since March once October’s figures are finalized, according to the report. The gain in inventories -- seen at 700,000 barrels a day in the fourth quarter -- provides a cushion of supply amid persistent volatility as output in Libya, Nigeria and Venezuela remains prone to instability, the IEA said.

OPEC’s secretary-general, Mohammad Barkindo, doesn’t share the view that the renewed surplus isn’t a threat. Speaking in Abu Dhabi this week, he said the resurgence of non-OPEC output was beginning to look “alarming.” He also insisted that OPEC was committed to sustaining “this balance that we fought very hard in the last two years to restore.”

The IEA reduced its forecast for growth in emerging-market demand next year -- down 165,000 barrels a day from the previous month’s report -- but said it will still increase by 1.1 million barrels a day. It kept its projection for global demand growth largely unchanged at 1.4 million barrels a day as a deteriorating economic outlook is offset by the decline in crude prices.