IEA: Surge In Global Oil Supply May Overtake Demand In 2018 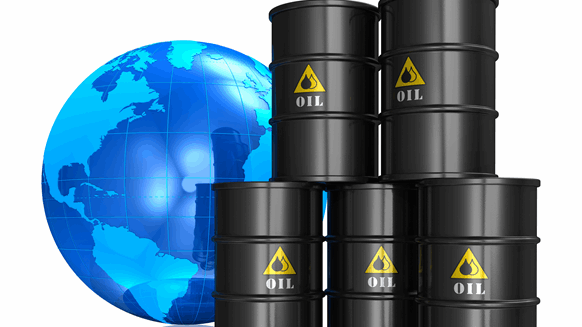 The rise in global oil production, led by the US, is likely to outpace growth in demand this year, IEA says.

LONDON, Feb 13 (Reuters) - The rise in global oil production, led by the United States, is likely to outpace growth in demand this year, the International Energy Agency said on Tuesday.

The Paris-based IEA raised its forecast for oil demand growth in 2018 to 1.4 million barrels per day, from a previous projection of 1.3 million bpd, after the International Monetary Fund upped its estimate of global economic growth for this year and next.

Oil demand grew at a rate of 1.6 million bpd in 2017, the IEA said in its monthly market report.

However, the rapid rise in output, particularly in the United States, could well outweigh any pick-up in demand and begin to push up global oil inventories, which are now within sight of their five-year average.

"Today, having cut costs dramatically, U.S. producers are enjoying a second wave of growth so extraordinary that in 2018 their increase in liquids production could equal global demand growth," the IEA said.

"In just three months to November, (U.S.) crude output increased by a colossal 846,000 bpd and will soon overtake that of Saudi Arabia. By the end of this year, it might also overtake Russia to become the global leader."

U.S. crude output could reach 11 million bpd by the end of this year, according to estimates from the U.S. Energy Information Administration.

The Organization of the Petroleum Exporting Countries, along with other exporters such as Russia, have agreed to maintain a joint restriction on crude supply for a second year running in 2018, to force inventories to drain and support prices.

Oil inventories across the world's richest nations fell by 55.6 million barrels in December to 2.851 billion barrels, their steepest one-month drop since February 2011, the IEA said.

For 2017 as a whole, inventories fell by 154 million barrels, or at a rate of 420,000 bpd. By the year-end they were only 52 million barrels above the five-year average, with stocks of oil products below that benchmark, the IEA said.

"With the surplus having shrunk so dramatically, the success of the output agreement might be close to hand. This, however, is not necessarily the case: oil price rises have come to a halt and gone into reverse, and, according to our supply/demand balance, so might the decline in oil stocks, at least in the early part of this year."

Oil production outside OPEC nations fell by 175,000 bpd in January to 58.6 million bpd, but was still 1.3 million bpd higher than January last year, predominantly because of the 1.3-million-bpd year-on-year increase in U.S. output.

OPEC output was largely steady at 32.16 million bpd in January and compliance with the supply deal reached 137 percent, due in part to declines in Venezuela, where economic crisis has paralysed much of the country's oil production capacity.

The IEA estimates demand for OPEC's crude in 2018 will average 32.3 million bpd, after dropping to 32.0 million in the first quarter of the year.

The IEA said oil prices, which briefly touched a high of $71 a barrel in January, could be supported even if U.S. production rises, provided global growth remains strong, or if unplanned supply outages persist.

"If so, most producers will be happy, but if not, history might be repeating itself," the IEA said.